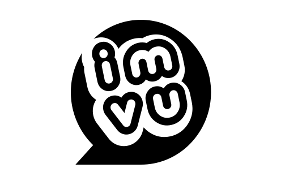 
DevGAMM was founded in 2008 by Lerika Mallayeva, who at the time worked as a flash animator in the indie studio. The first event then called FlashGAMM gathered around 100 developers interested in Flash technologies and appeared a great success. In 2009 FlashGAMM lined up with Absolutist company and reached more than 800 people. That was a huge achievement for CIS event.

In 2013 it became obvious that Flash could no longer be the sole focus of the conference and FlashGAMM had to go through a transition period that led to a new name (DevGAMM) and acquisition by the US-based game publisher Renatus Media.

Benefit from 40 to 60 high quality sessions, discussion panels and workshops focused on:

*We have a strict NO SALES PITCHES policy. Violation of this policy may result in not being invited to speak again.


Speakers of our previous events:

Set up meetings with Sponsors, Business Participants, and Speakers through the site.

The most productive hours of the conference for developers and publishers

Developer: Show your game to 20 publishing companies in 1 hour

*No traffic or service providers allowed

Employee: find the perfect job in your dream company

Developer: Showcase your game for half of the day and save time for sessions and networking. Gather feedback, playtest and get your game noticed.

Publisher: Become a sponsor of GAMM:Play to get extra visibility among the developers.

Developers: Compete for industry recognition and get extra visibility for your game.

Special format of the event that features a clash between gaming industry experts and courageous developers for audience favor.

Developer: Draw attention to your game and test yourself participating in one the most challenging shows ever.

Feel the heartwarming atmosphere of DevGAMM, hangout with like-minded people, network and have fun at the same time!

Sponsor: Parties are a great way to raise your brand profile, educate conference attendees on what you do and grow your customers base.


What press says about DevGAMM

“DevGAMM Moscow 2015 proved to be the prime game industry event in Russia” (Ru.IGN)

“DevGAMM allows Russian [gaming] community to be closer to the rest of the world instead of staying in some kind of vacuum. This conference has a powerful networking, well-planned halls and reliable volunteers” (Argoplay)