RECRUITMENT AT THE EVENT

Career Wall is the best solution for job hunting and recruitment at the event. Is hiring your main goal at the conference? Post your job offer branded with your company colours in VIP sector. It’s only $25 per 1 spot.

Please NOTE: for free Career Wall spots you have to use our template and e-mail all print-ready .pdf documents to vacancywall@spice-agency.ru before November 4.

Spice Recruitment is an agency providing professional candidates to the Gaming and IT Industry. Our agents have experience in all areas of games development (Mobile, Social, MMO, Indie, Console) so we bring this knowledge to the recruitment we do in these areas. We know all features inside and out and are always on top of the latest trends and news in the gaming industry. We provide recruitment services at high quality and competitive prices, both locally and abroad.

The company was founded in 2006 in Los Angeles, CA by two entrepreneurial gamers. They had no past experience in game development, but they believed that it is players’ interests, enthusiasm and involvement that lie at the core of any successful game.

Today, the Riot Games’ ambitious projects are developed by the international team of “Rioters” – the like-minded professionals, who are not merely solving complex tasks but genuinely love gaming.

Riot Games is a company for the talented and the enterprising. It welcomes brave, unorthodox thinking and develops the most ambitious projects. We are certain that teamwork and the freedom to aim as high as one wishes allow everyone to achieve outstanding results and stay at the top of their game. 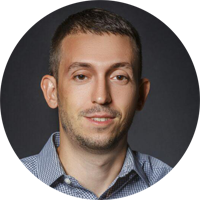