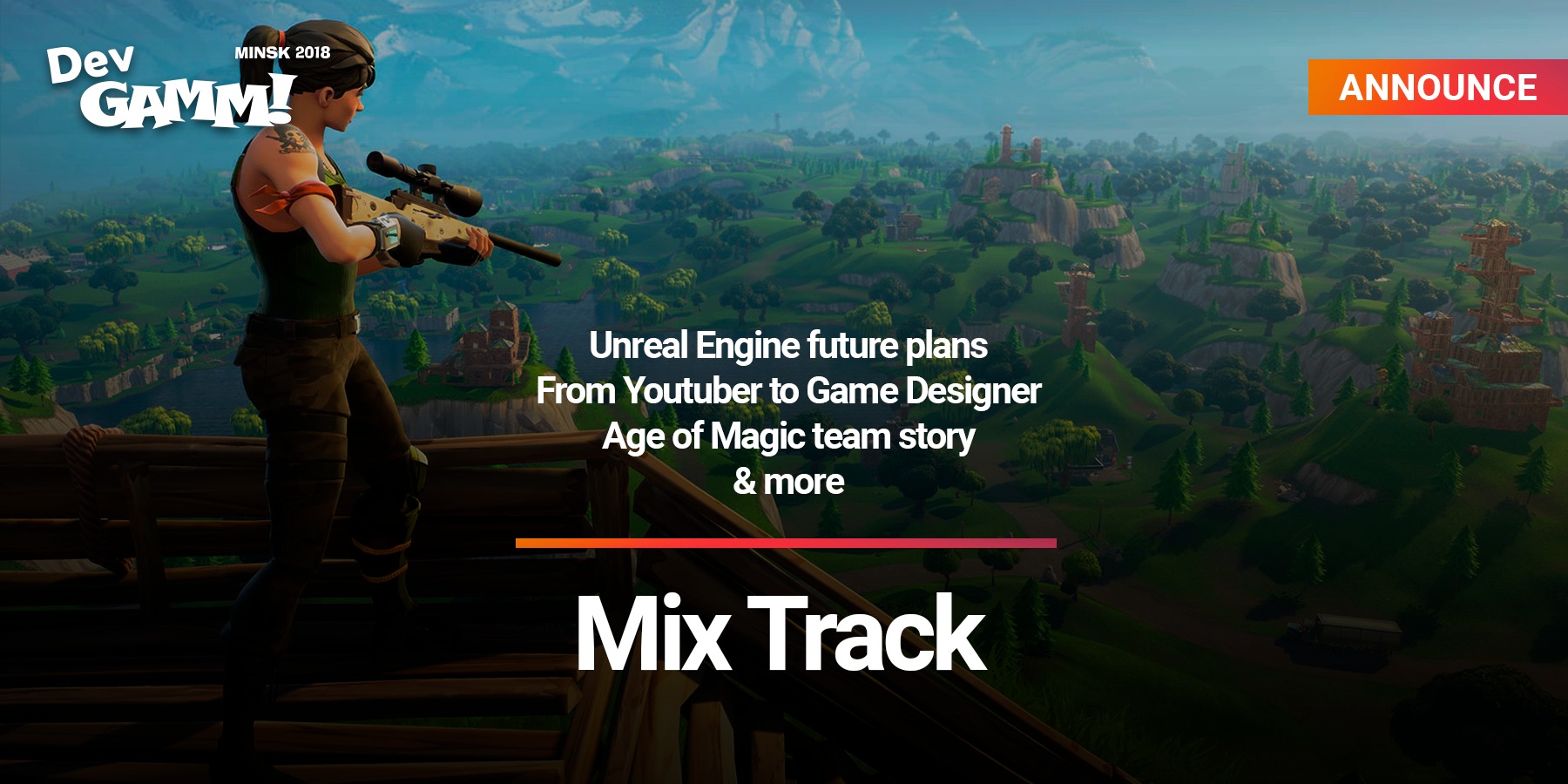 Let’s introduce you the sessions that we included into Mix category – they’re all at the intersection of several topics. This track will include not only talks but discussion panel and even gamedev versus battle with talented representatives of the gaming industry. Here’s a sneak peek of what to expect.

Game success often depends on a team. Roman Zorin (Playkot) will share the way the company forms the core teams, gives the epic first task to every new team member, define producer responsibilities and attitude to ownership and freedom. Meanwhile, Sergei Panfilov (Creative Mobile), will talk about the reasons why Creative Mobile fundamentally changed the support processes and will share the experience of using the new approach. Alexey Savchenko (Epic Games) is going to present report and further plans for those of you who make games on Unreal Engine 4. Expect the announcement of awesome partnerships and initiatives for developers.

Also, expect a story about creative anguish:) Richard Chirkin (1C Game Studios), who made his way from a famous gaming Youtuber to game-designer, will touch on how to stop suffering for your future and happily develop games. Evgenia Agranomova, Konstancja Glinka (Innova) will focus on the difficulties that the company faces during the process of localization and testing of big MMO games. Vladimir Markov, Nord studio (Mail.Ru Group) in his turn will look at the hurdles they encountered when operating the game Hustle Castle and the different problem-solving strategies you can employ.

Well, that’s not all. Expect an awesome gamedev versus battle, Discussion Panel on Russian game industry in retrospective and nowadays, and a fireside chat with NetEase on Chinese game market.

Join us at DevGAMM Minsk 2018, attend the sessions included into mix category and our unusual formats:)

DevGAMM Minsk 2019 in Numbers and Emotions

Strategy and unique forms of cooperation.