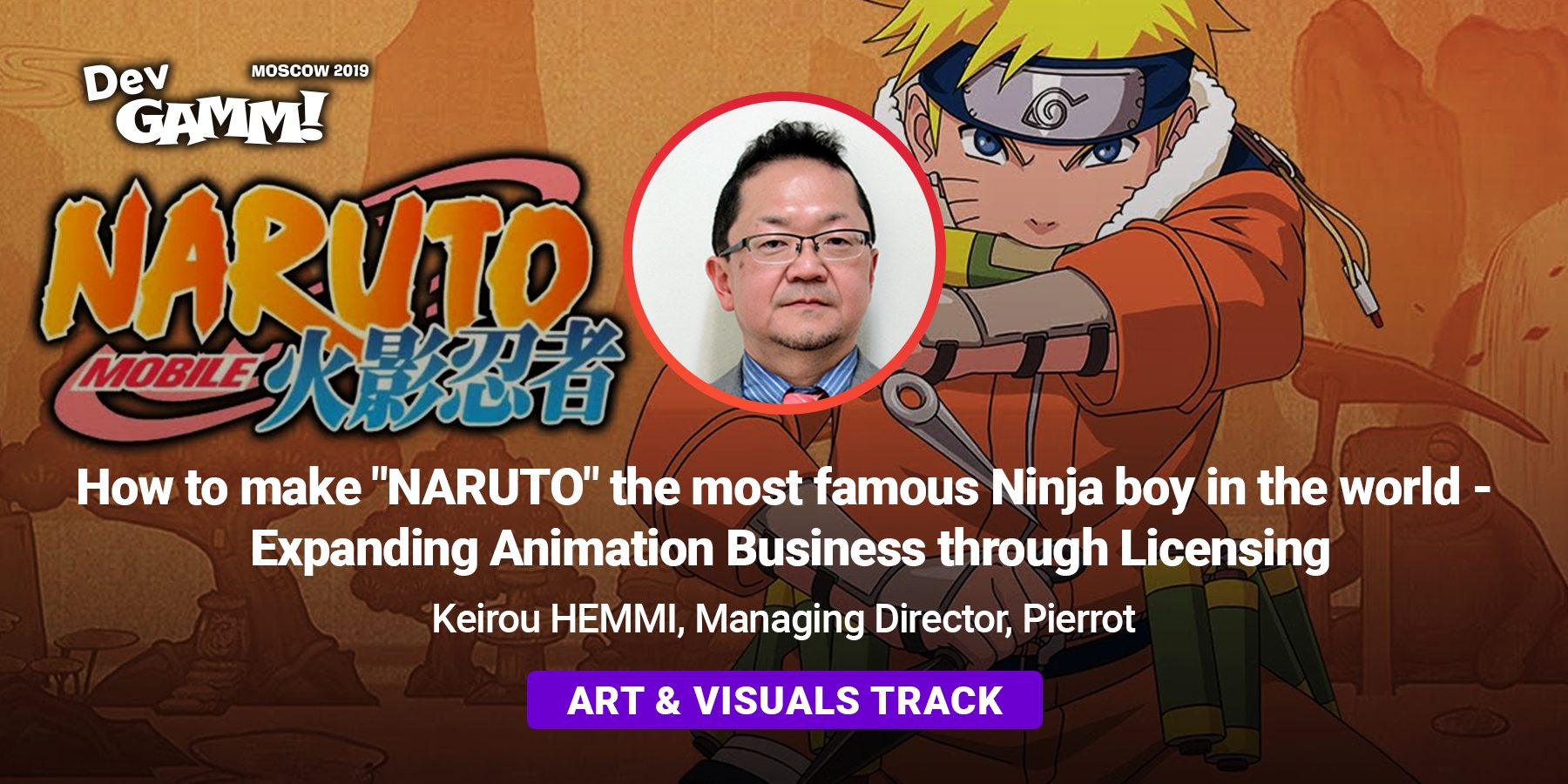 Managing Director of Pierrot  — Keirou HEMMI, will give a talk on DevGAMM on Moscow!

With the world popular Ninja animation “NARUTO” as its flagship title, PIERROT is one of top animation companies that handles representing animation works such as “BLEACH”, “Yu Yu Hakusho”, and “TOKYO Ghoul” in Japan.

During this talk, Keirou will share insights on how to make “NARUTO” the most famous Ninja boy in the world – Expanding Animation Business through Licensing.

Mr. HEMMI is also responsible for licensing, and general affairs at Pierrot. He is expertising on 20 years of experience on contents investment at banks in Japan and the United States. His works has improved the overall value of Japanese animation.

The representatives of Zeptolab, Banzai Games, G5 Entertainment, Cascadeur, AlterGames, Moonlight Mouse will be also among speakers within art track.

Read more details on art track sessions on our website.

Tickets are still on sale!

The Nominees of DevGAMM Awards are Announced