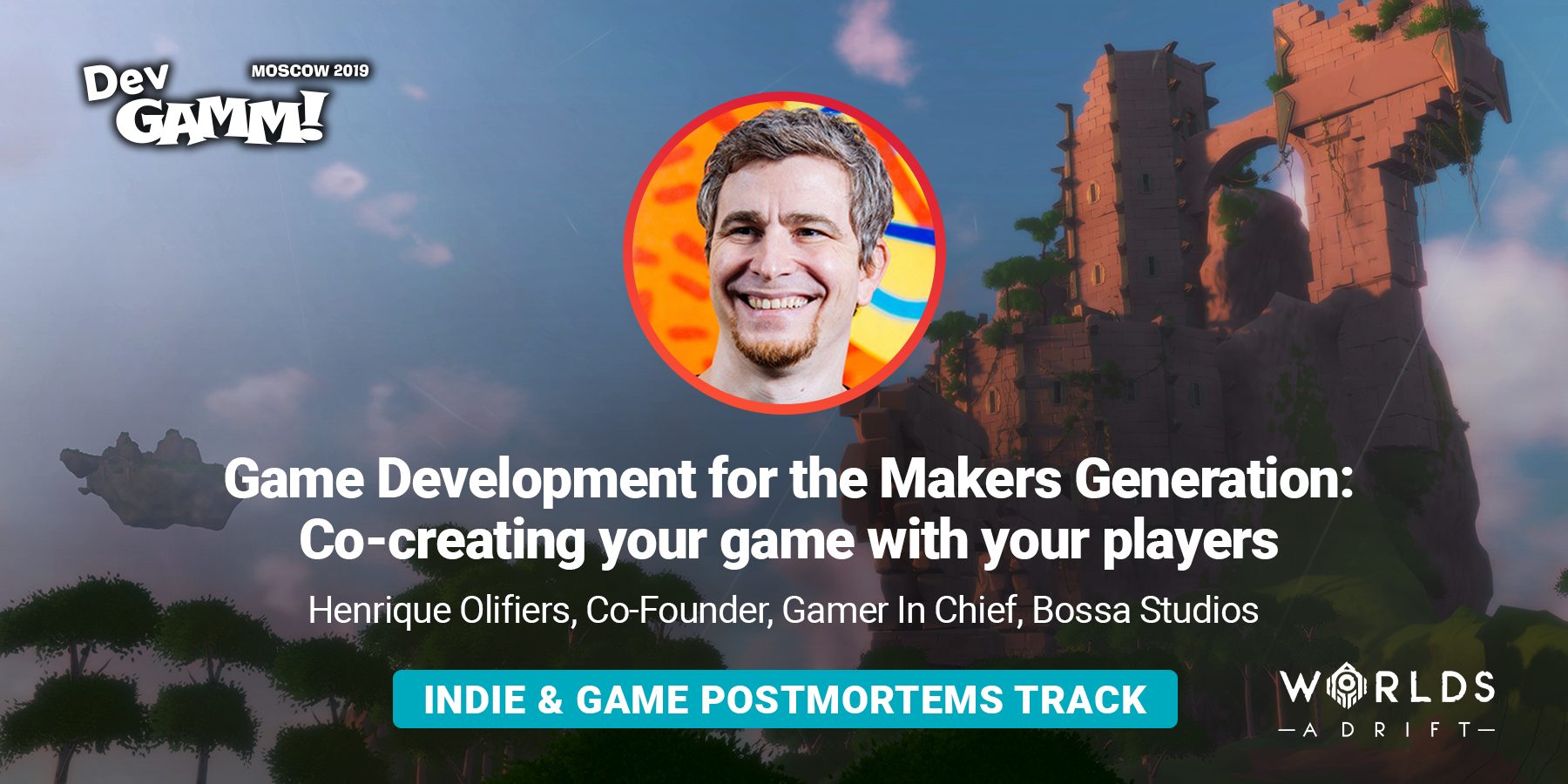 Henrique Olifiers, Co-Founder, Gamer In Chief, Bossa Studios is finally coming to DevGAMM! Two years ago he didn’t manage to join us at the conference. At Bossa Studios he heads the company strategy and design. The studio’s biggest titles are Surgeon Simulator, I Am Bread and Worlds Adrift.

During this session, Henrique will discuss the merits of co-developing a game and its content with the community of players, the pros and cons of open development, and how to deal with the community. It’ll be based on the case of Worlds Adrift, a MMO whose entire content was created by its players before its launch.

With a games career of more than 30 years, Henrique has been at the demoscene of the late 80s, through to mobile, MMOs, VR and creatively-led indie titles.

Other indie sessions and postmortems

During the talk of Dmitry Kachkov, Sobaka Studio, you will learn about indie game budget and how to search for it. Kirill Zolovkin from OctoBox Interactive, will talk about the difficulties of making a game based on painful personal experience. He will share different ways to fight depression and mental disorders while making and releasing your game.

Daniel Mullins is going to discuss the bizarre process of creating his follow-up title to a metafictional game Pony Island, The Hex. And he is coming to us from Canada! Moreover, Alex Rose from Alex Rose Games in his turn will reveal the six skills of solo indie success.

To top it off, you’ll also dive deep into the sessions on Life is Strange mobile adaptation from Yurii Denysiuk, Pingle Game Studio. It is an award-winning and critically acclaimed episodic adventure game. It was developed by Dontnod Entertainment and published by Square Enix. The game is full of quests, and the decisions of the main character can influence on the whole story. To sum up, the game was ported to mobile platforms by a studio of Yurii in Ukraine!

Hurry up and buy last tickets to DevGAMM Moscow 2019!:)