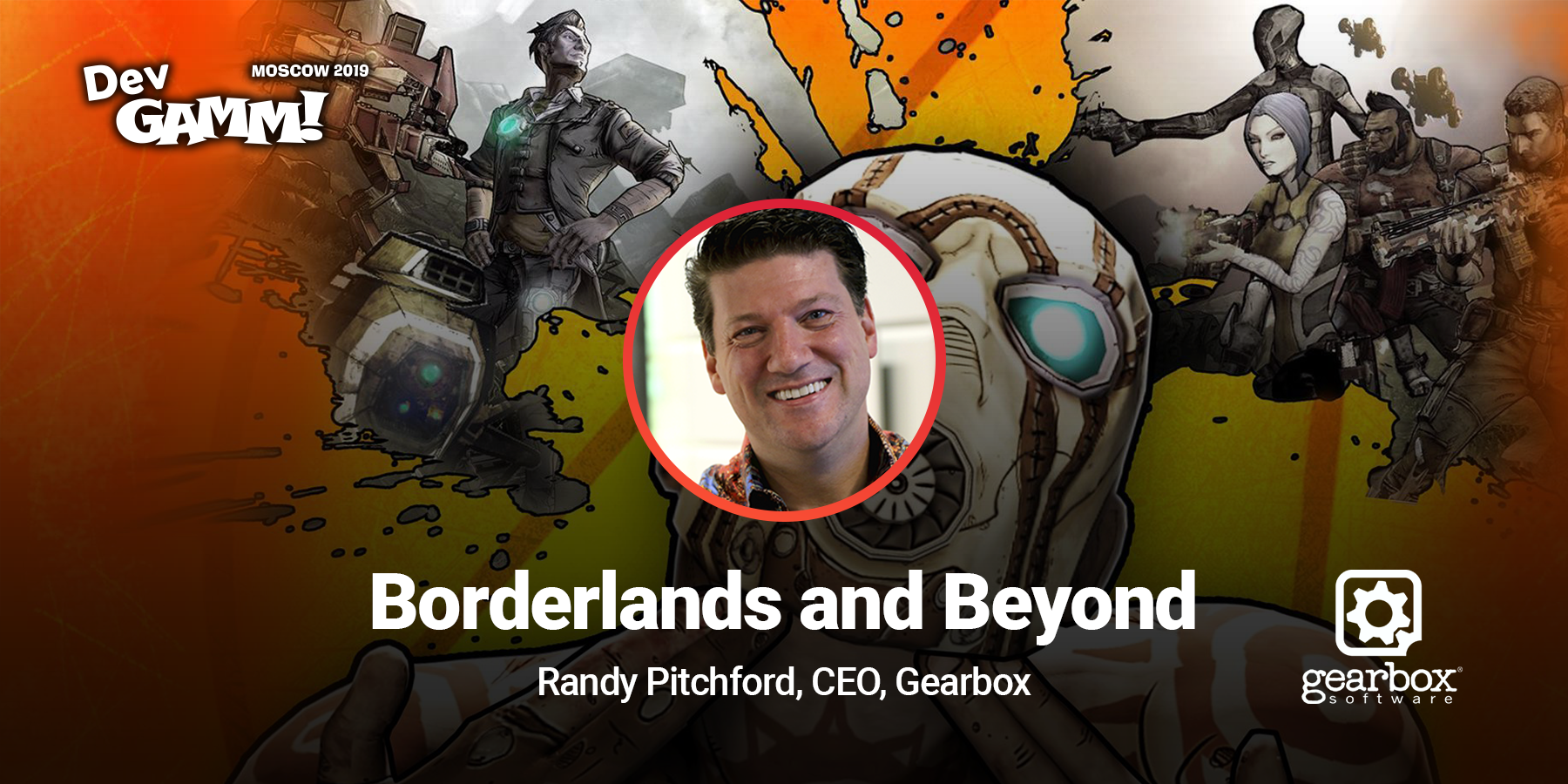 Oh, this is going to be huuuge! Our first announced keynote speaker is Randy Pitchford, CEO of Gearbox.

He is going to dive deep into the development process of Borderlands games, including the recently announced Borderlands 3 title.

And this is not all! Make sure to attend amazing fireside chat with Randy Pitchford and Richard “Levelord” Gray: Old School World Building and the Legacy of Duke Nukem 3D. They will discuss the story of the series creation, share some anecdotes, and compare game development then to nowadays.
Randy Pitchford has served as Gearbox’s CEO since its founding. In 2000 Randy accepted the Academy of Interactive Arts and Sciences award for best PC Action Game for his production and direction of Gearbox’s debut title — Half-Life: Opposing Force. Since then, the company has been involved in the development and production of Half-Life: Blue Shift, Counter-Strike: Condition Zero, James Bond 007: Nightfire, Tony Hawk’s Pro Skater 3, Halo: Combat Evolved.

Randy led the creation of the Borderlands series. The Borderlands games have achieved critical acclaim, record-breaking sales and the recipient of multiple video game industry awards including the Video Game Awards “Best Shooter” and “Best Multi-Player Game”. Borderlands 2 became the best selling game in publisher 2k Games history.  On March 28th they announced Borderlands 3 game to be released this fall.

Richard “Levelord” Gray is a level designer for 3D video games. His work includes Duke Nukem 3D, Quake, SiN, Heavy Metal FAKK2, and others. He was also a co-owner of Ritual Entertainment.

In 2008, Richard retired and went home to tend to his garden. He still tinkers with small games and projects. These include the first two installments of his Becky Brogan Adventures: “Meane Manor” and “The Institute”, as well as “Duke Nukem 3D – 20th Anniversary World Tour” with Gearbox.

There is more! Randy is going to present you a super exciting show Nerds and Magic Show:) Make sure to come by Yellow Hall on the lunch break of the first conference day. It’s going to be fantastic!

Hurry up and buy tickets before the price increase (until April 24). This is going to be mind-blowing, make sure to attend DevGAMM Moscow!