Sociable, open to new experiences, and extremely curious. Smart and attentive: not a single game bug is lost on him, just like not one sausage can escape his sharp nose. We’re talking about Lucky, the mascot of DevGAMM Vilnius 2022 conference.

Lucky likes to play on his own or together. He’s especially fond of outdoor games that can tie your body and brain in a bundle, for example, in virtual reality. Also, he enjoys inventing his own games. All in all, Lucky lives a life full of games, and he lives it to the fullest.

The mascot was created by Olga Lebedkova. Get to know her better. 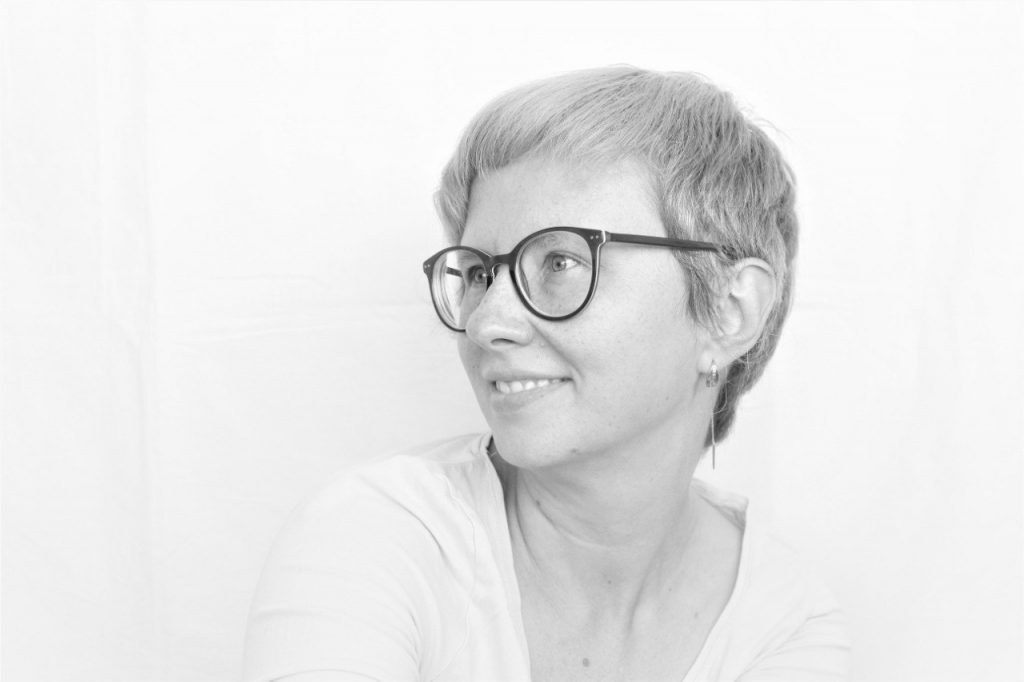 Olga is a biochemist and illustrator. Having received artistic education in Donetsk, she kept studying nature not as an artist but as a scientist and later pursued the career of a researcher and teacher.

After Olga moved to Spain, she received an illustrator diploma at EASDA, the Alicante School of Art and Superior Design. Now she is actively promoting herself as a digital 2D illustration and book illustration specialist. She is skilled both in digital and traditional techniques, mixes them, and likes to experiment.

When choosing a project to work on, Olga usually asks herself three questions:

If there are at least two “Yes”, Olga takes on the project.

How did we come up
with Lucky?

Initially, we asked for a more “mature” style of character design than the one we had before. Also, it was supposed to evoke positive emotions and be relatable to games and developers.

That’s why we chose laconic shapes and an easily recognizable style. A dog is a great symbol of an eternal child who never misses a chance to play games. Besides, we’ve never had dog mascots before at DevGAMM.

For anatomy, motion, and character references, Olga compiled a visual animation library (for example, Mr. Weenie from “Open Season” animated film) and watched real-life dogs in Spain. She also used photos and videos of Lerika’s pet named Lucky that she shared. We could say that he is taking an active part in creating our mascot and serves as both a prototype and a model.

Preparing a mood board with references, and making initial sketches to define the character’s shape and personality.

Creating black-and-white sketches to specify shape and contrast. Simultaneous search for an outfit and details that would convey the character’s personality.

Trace drawing of poses symbolizing activities at the conference.

We’ve had a lot of experimenting with character shapes attempting to make the image consistent with the overall event design.

Adding color. We wanted to use a warmer set of colors that would be contrasty, eye-catching, and in tune with the website look. After a series of experiments, we chose the orange and violet color palette.

We decided against adding an outfit for easier character perception and to keep the image clear and laconic. 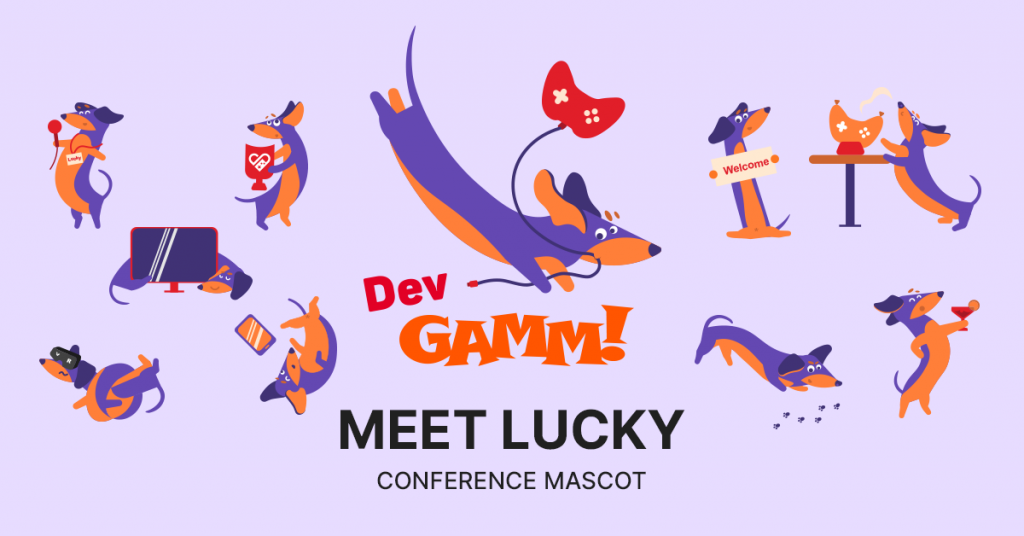 Now you’ve witnessed how an idea of a nowhere-ending badger dog evolved into a cheerful, friendly, curious, playful, and very sociable Lucky.

«I’ve been following the event and mascots in general for a long time. Designing a mascot is a very fascinating and responsible challenge. That’s an opportunity you should never miss out on!» 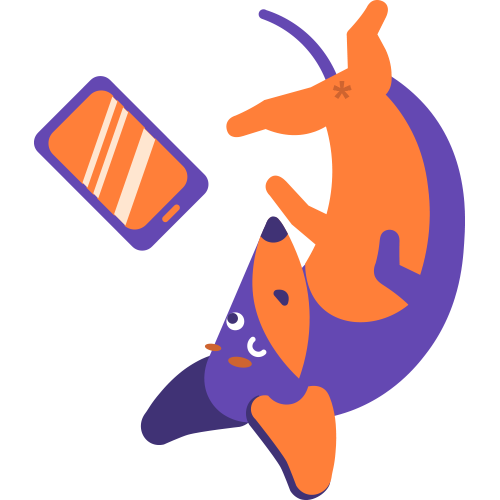 For any questions
please email us 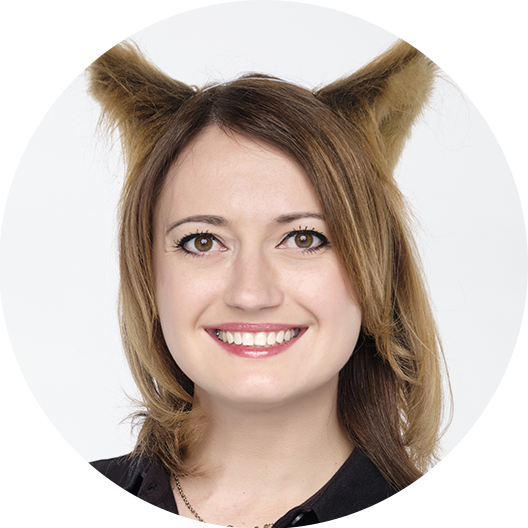 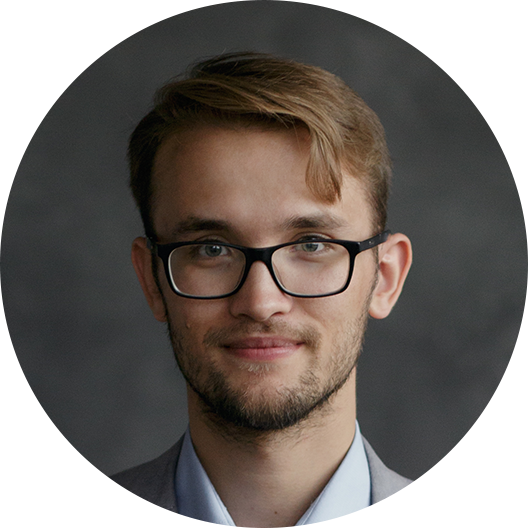 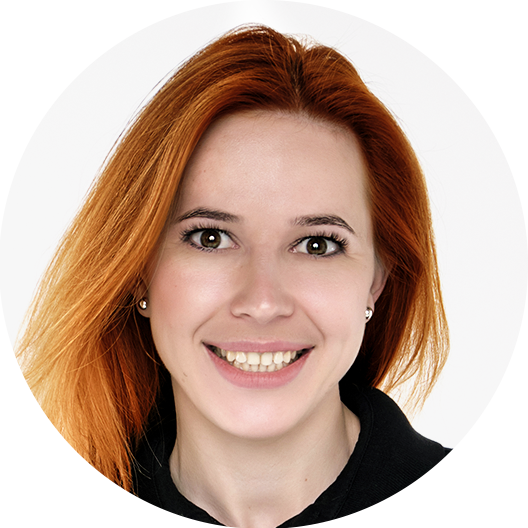 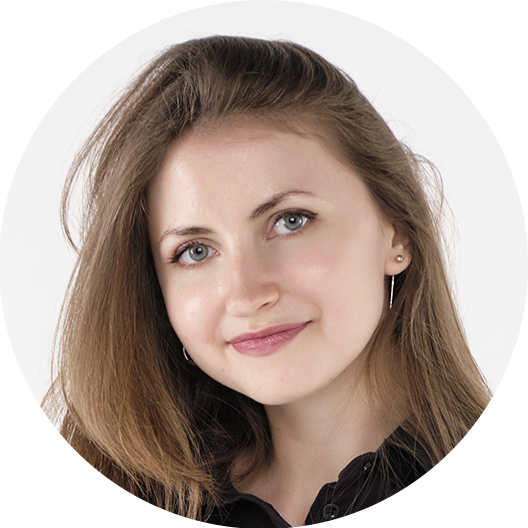