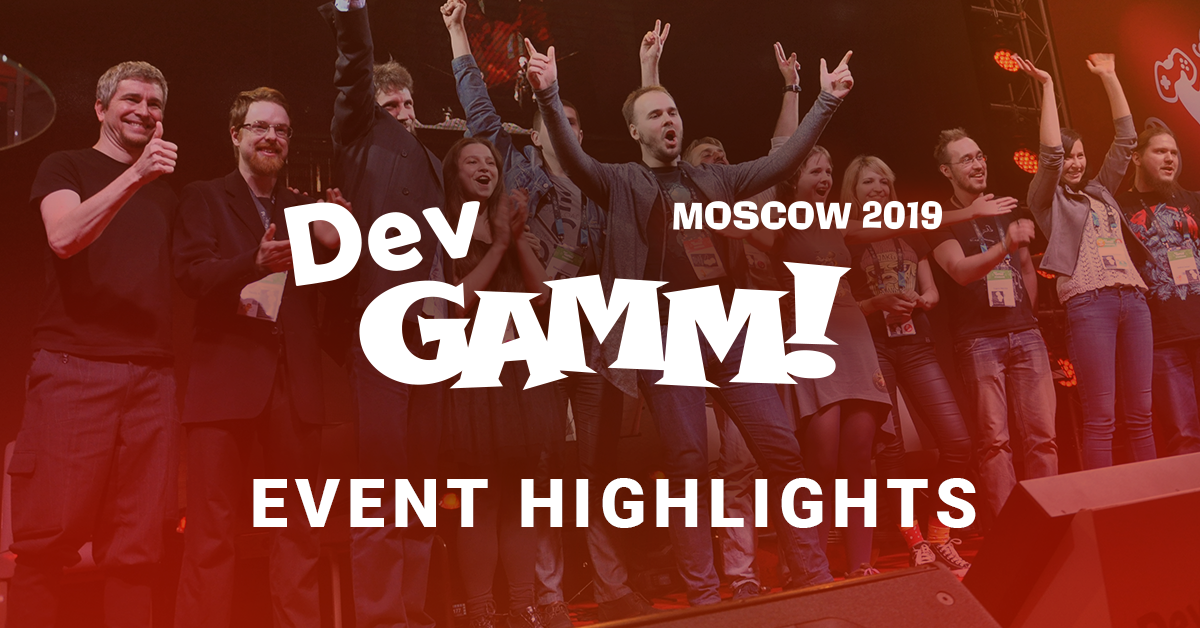 This time we had a record number of attendees at DevGAMM Moscow — 2059, sold out! The conference took place in a new venue Hyatt Regency Petrovsky Park. It gave us a nice chance to locate all activities and sessions halls in a new way. 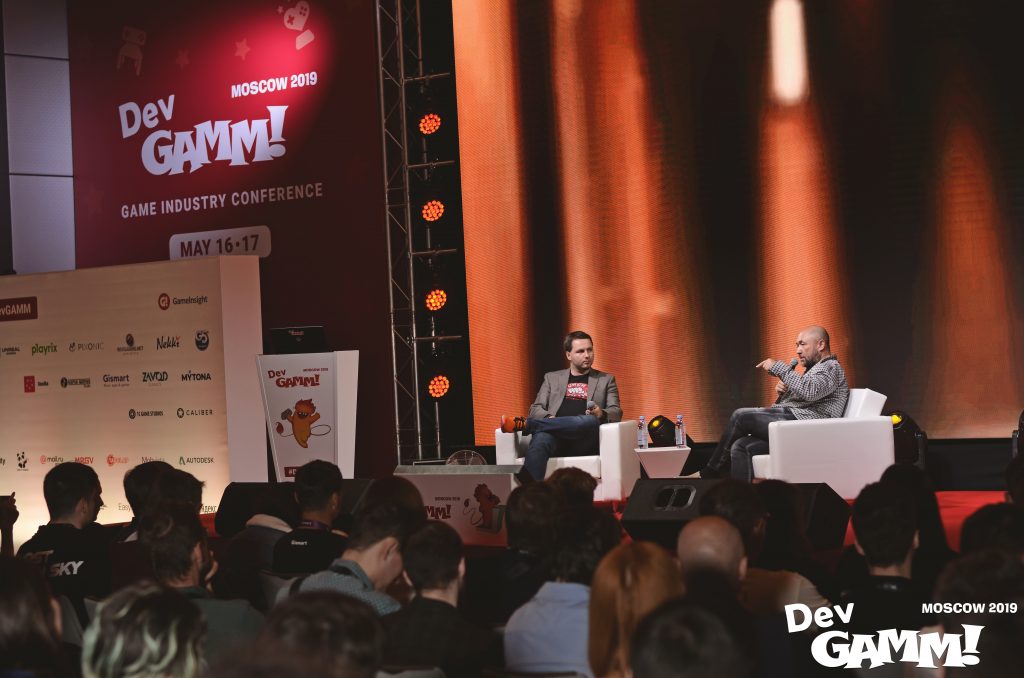 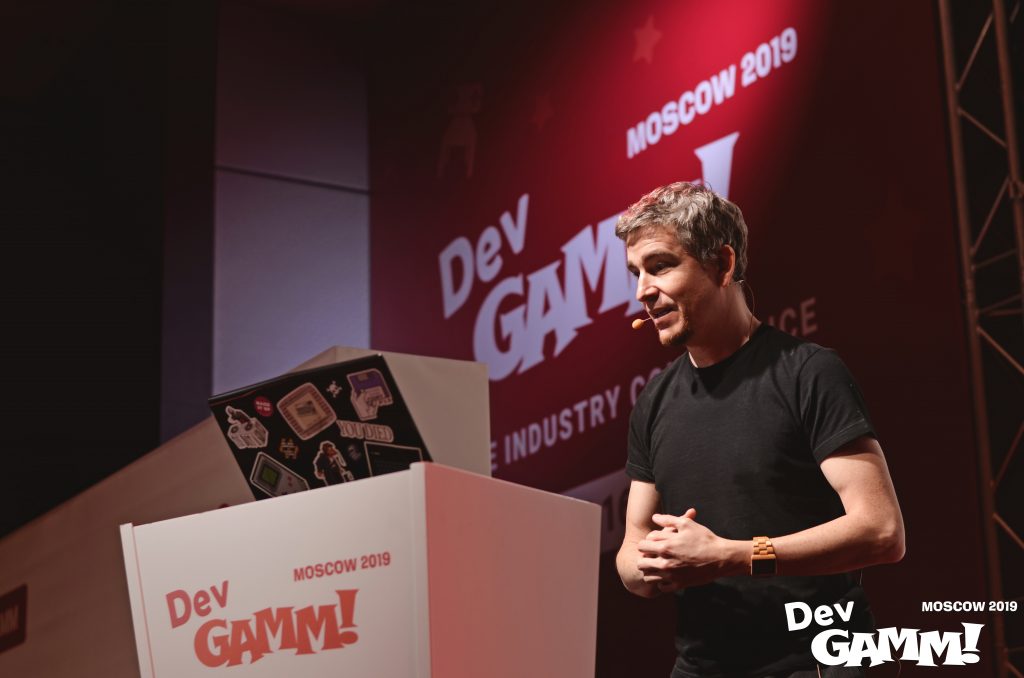 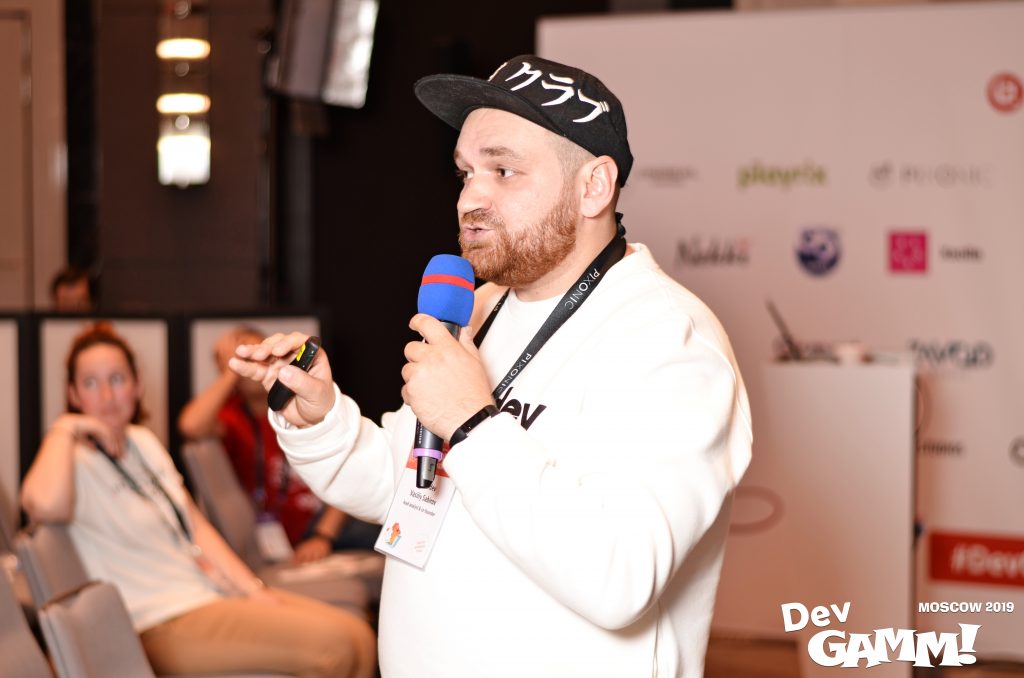 In total, there were over 80 sessions in the conference program. Thanks to a big number of foreign speakers, we decided to organize simultaneous translation in 3 halls
(Red, Yellow and Green)!

The conference program was fully-packed. Just look at the names of our keynote speakers. By the way, all our Twitter audience begged Jonathan Blow to come to DevGAMM 😉

That’s not even all! Randy Pitchford presented a Nerds and Magic Show!

We should also highlight the analytics track that we organized for the first time with the help of devtodev company and Vasiliy Sabirov. We plan to make it annual!

Video of DevGAMM Moscow 2019 sessions will be available on our YouTube channel. Subscribe to keep track of updates. 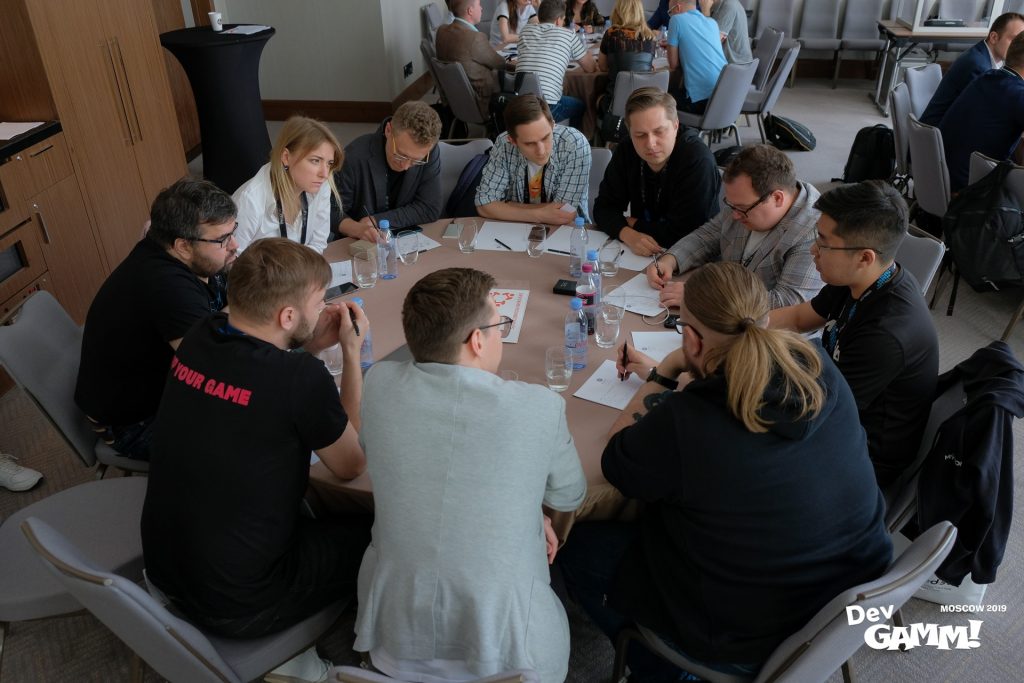 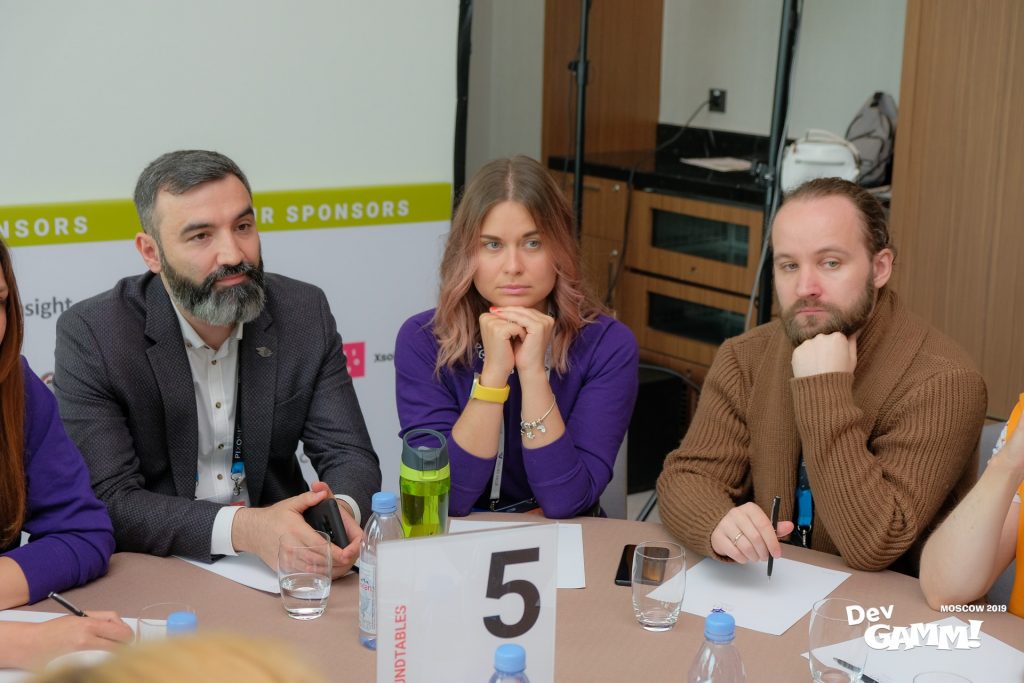 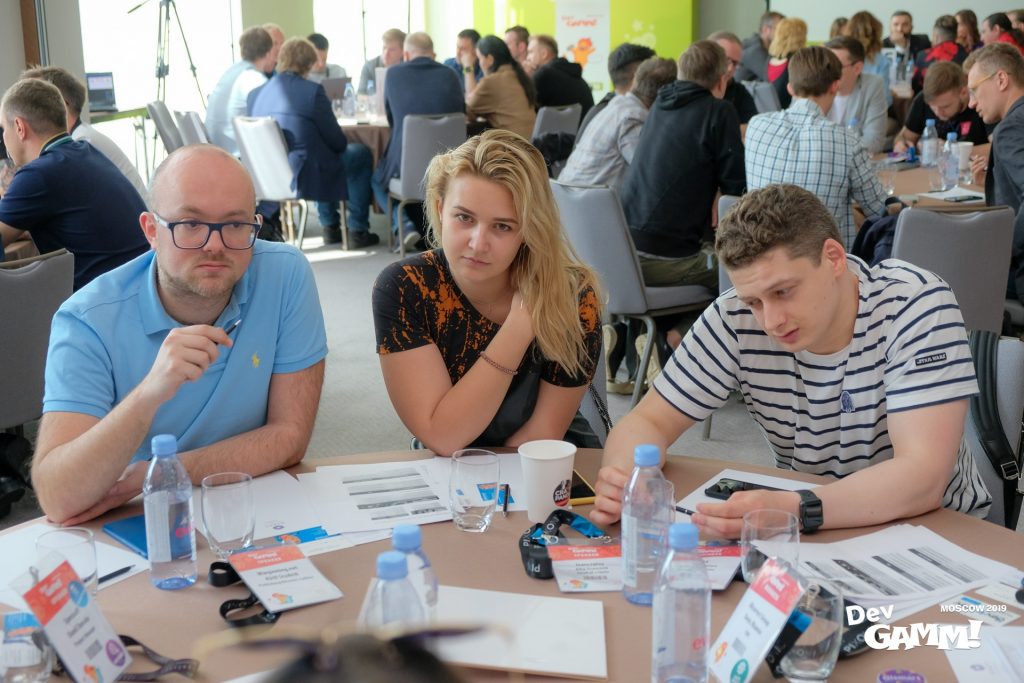 We’ve launched this new format at a previous conference in Minsk. The time was increased to half an hour. In total, 150 people took part in DevGAMM Roundtables. The participants discussed such topics as subscriptions in games, machine learning, crunches, hypercasual, employees and more. 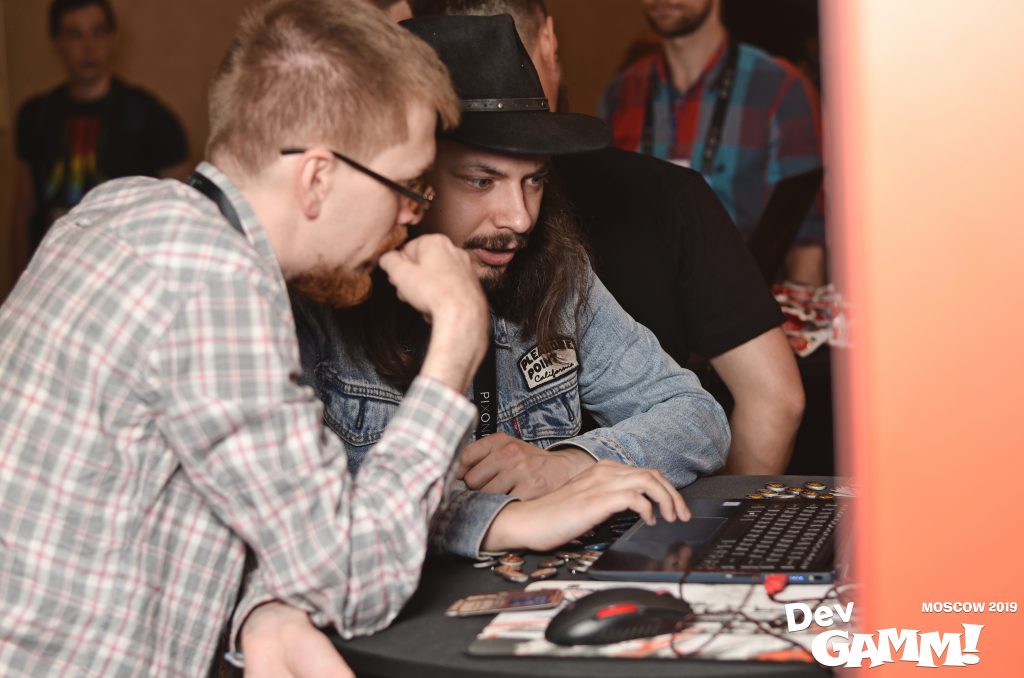 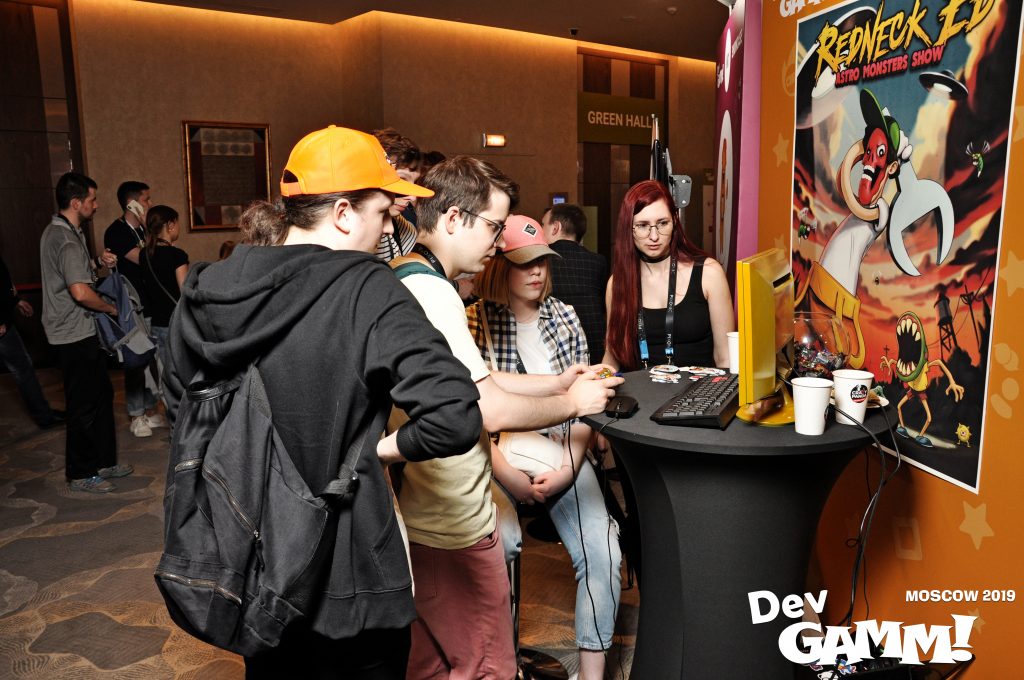 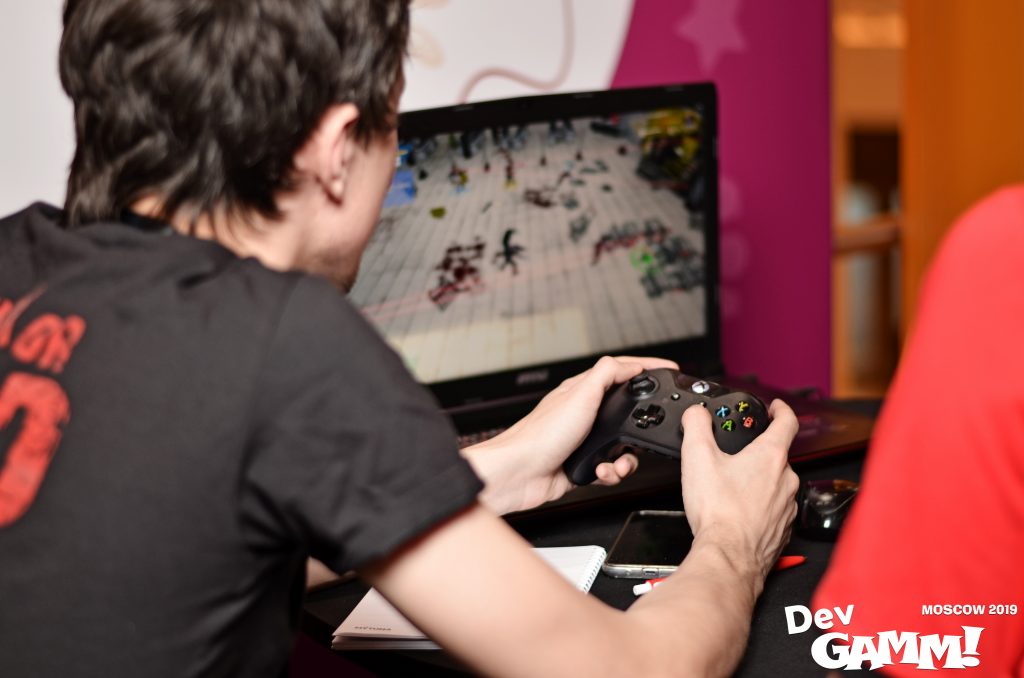 88 projects from over 120 submissions were selected for DevGAMM Showcase. At the second conference day, the games changed. This gave a good chance to play more games. 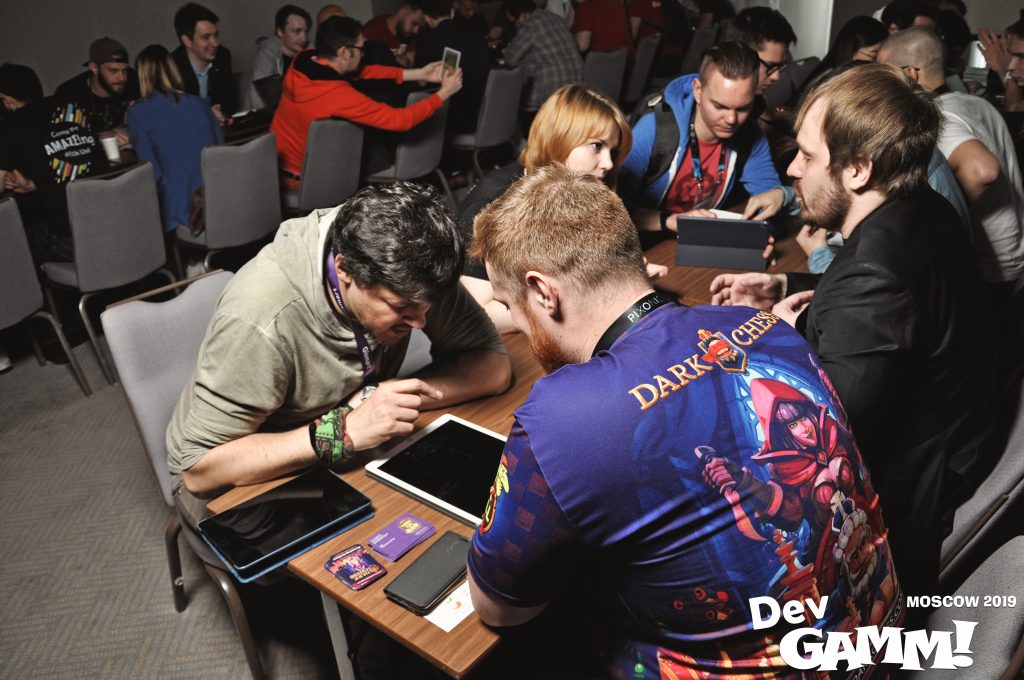 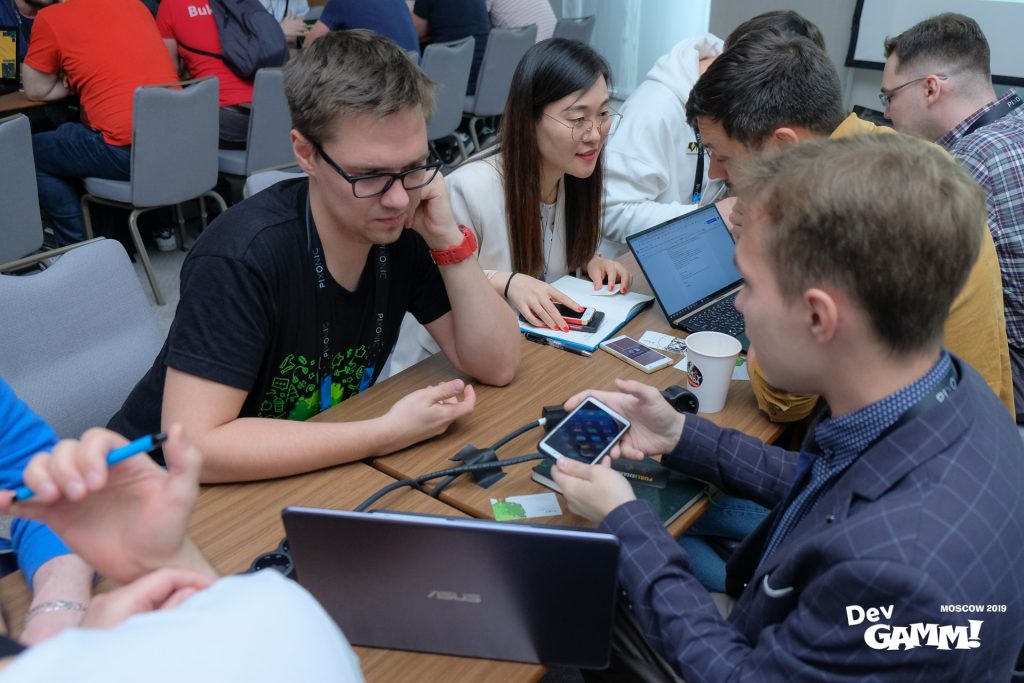 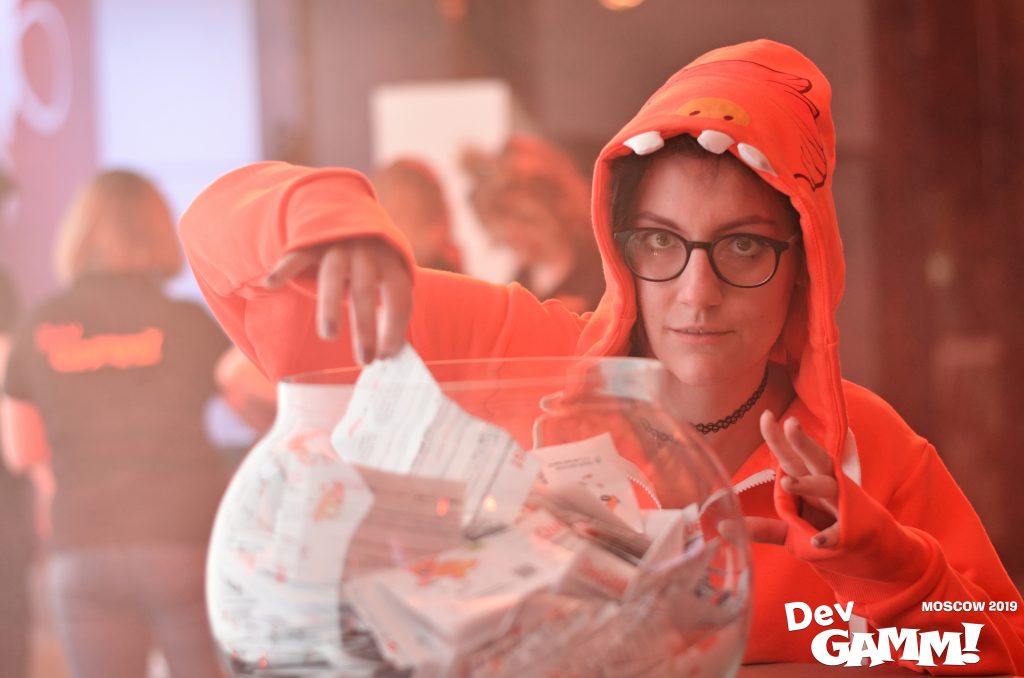 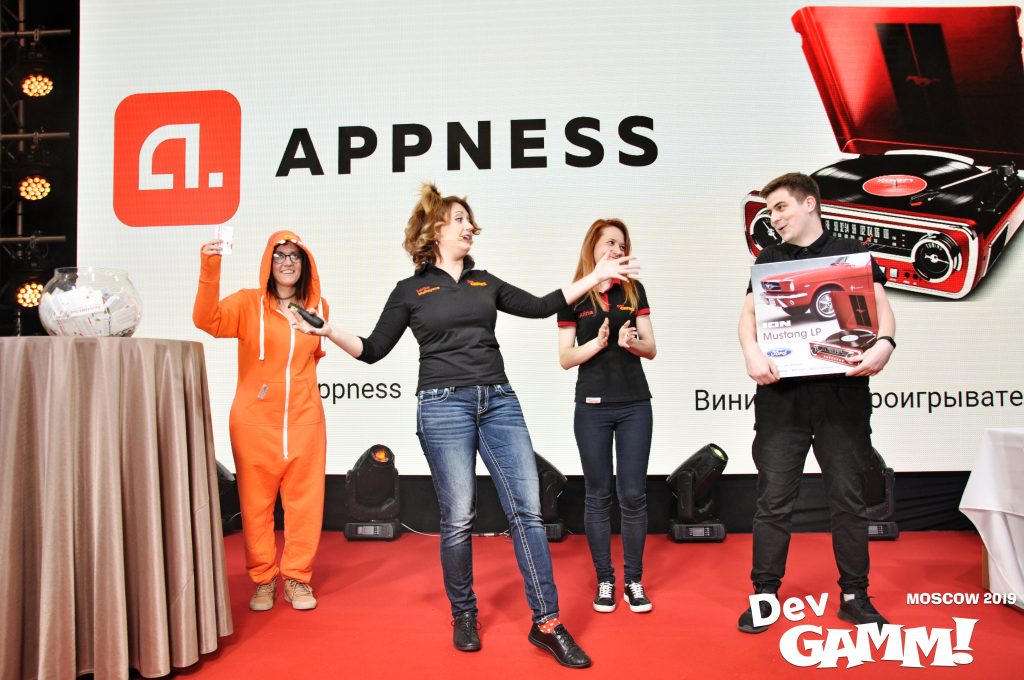 By a tradition, attendees took part in our conference adventure DevGAMM Quest. 376 people completed all tasks and received 78 prizes! 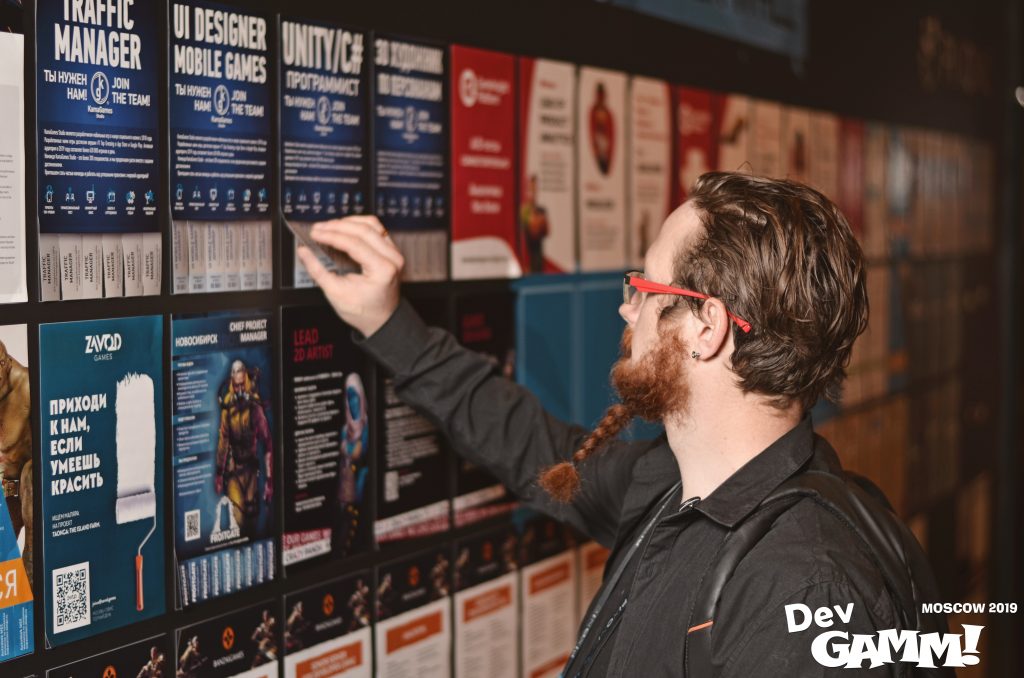 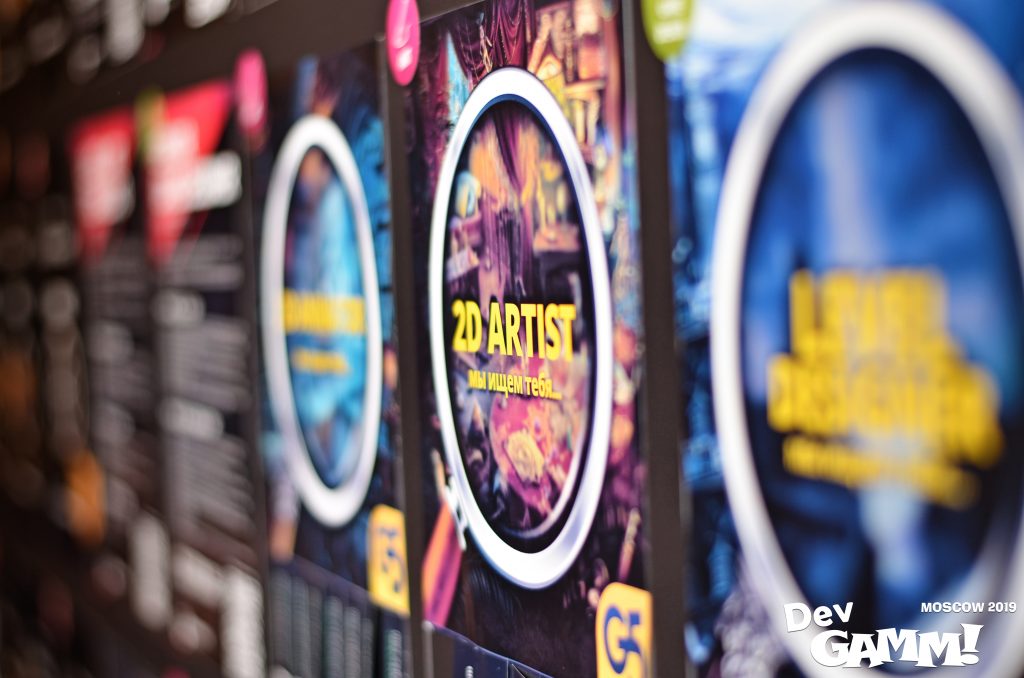 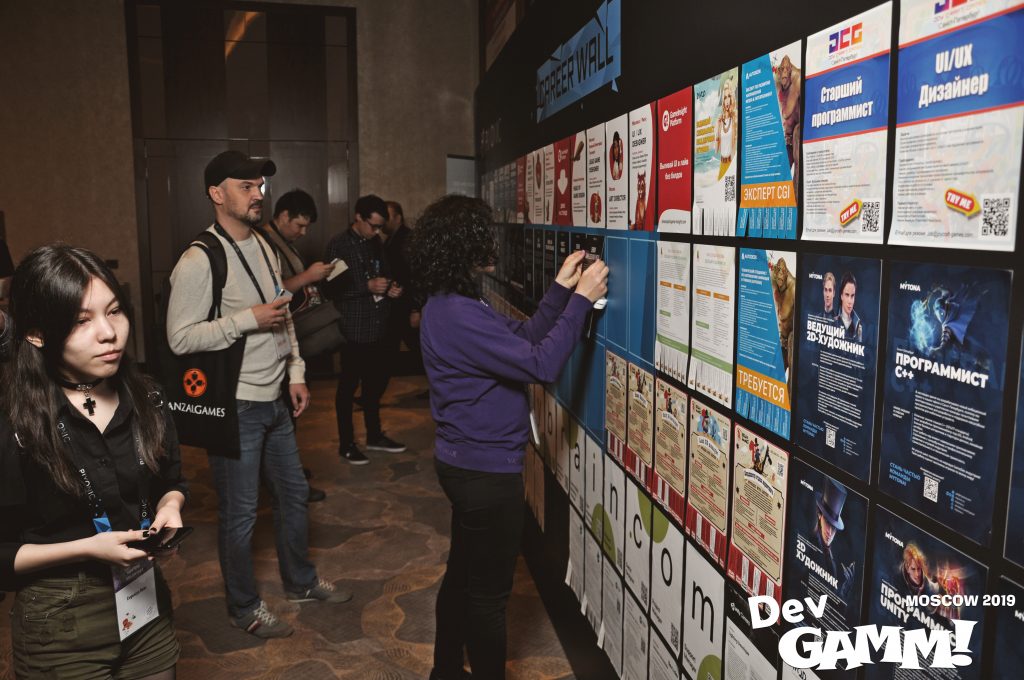 This time, thanks to our career wall sponsor Pixonic and HR partner VALUES VALUE, we had 2 Career Walls! Now there’s a user-friendly online system where everyone can book slots and buy VIP vacancies. 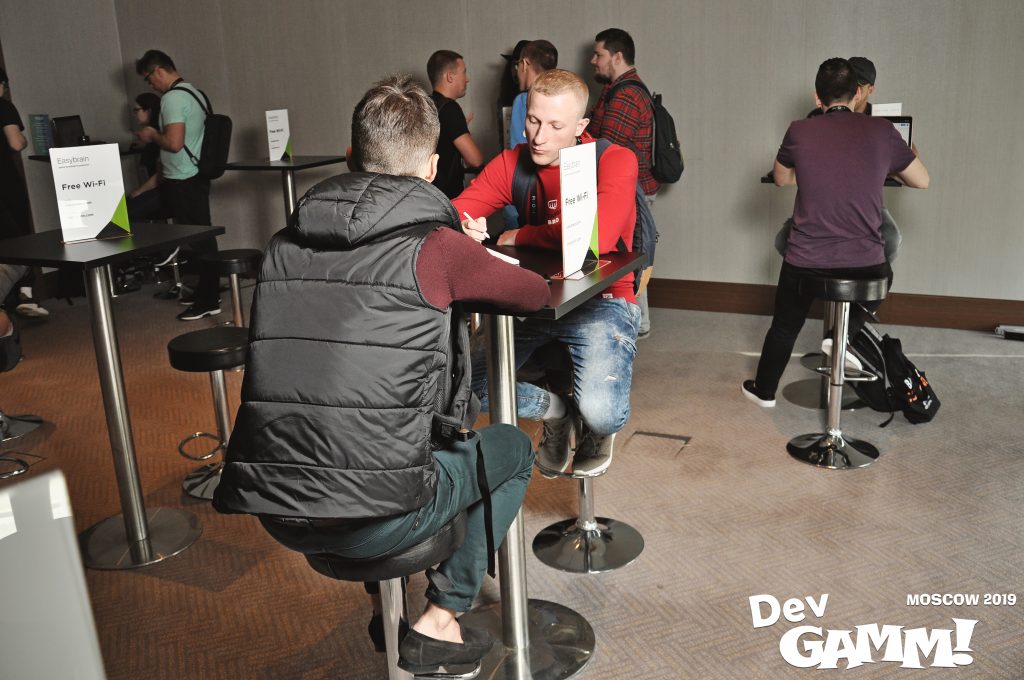 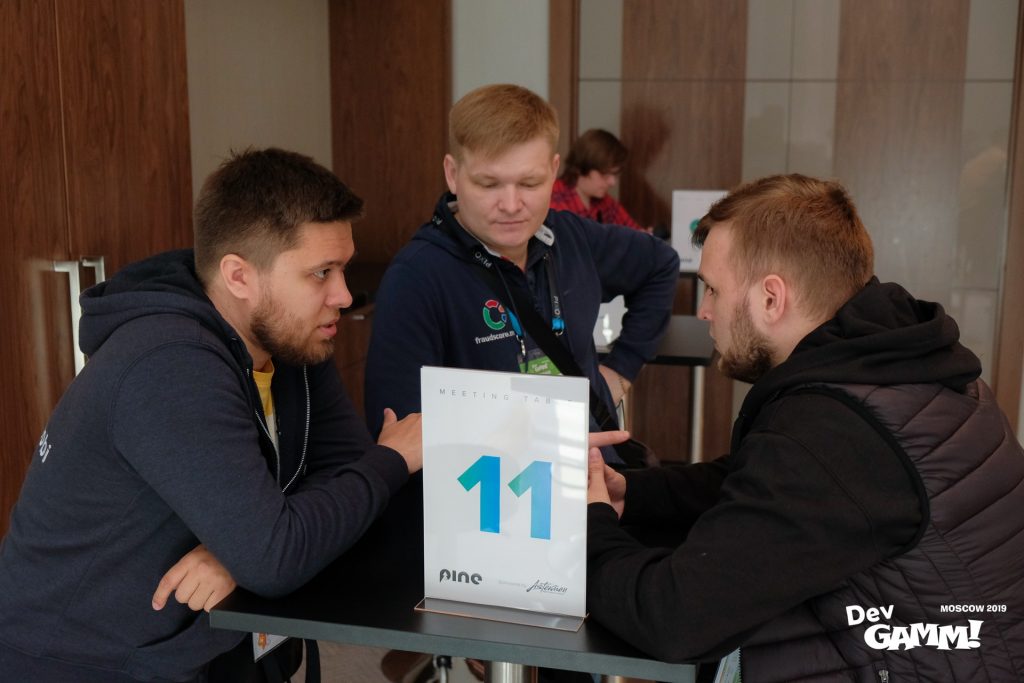 We’re really grateful to all our sponsors for creating lots of activities on the booths for our attendees. Thanks for the support to Game Insight, Unreal Engine, Playrix, Pixonic, Wargaming, Nekki, G5 Entertainment, Xsolla, KamaGames Studio, Gismart, ZAVOD Games, MyTona and other sponsors. 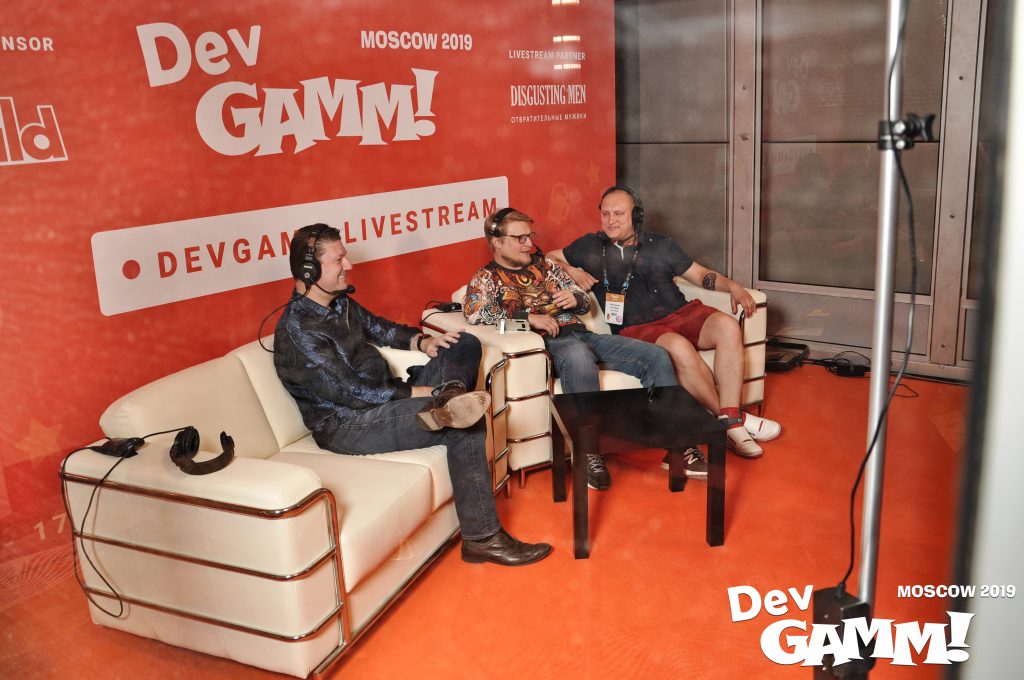 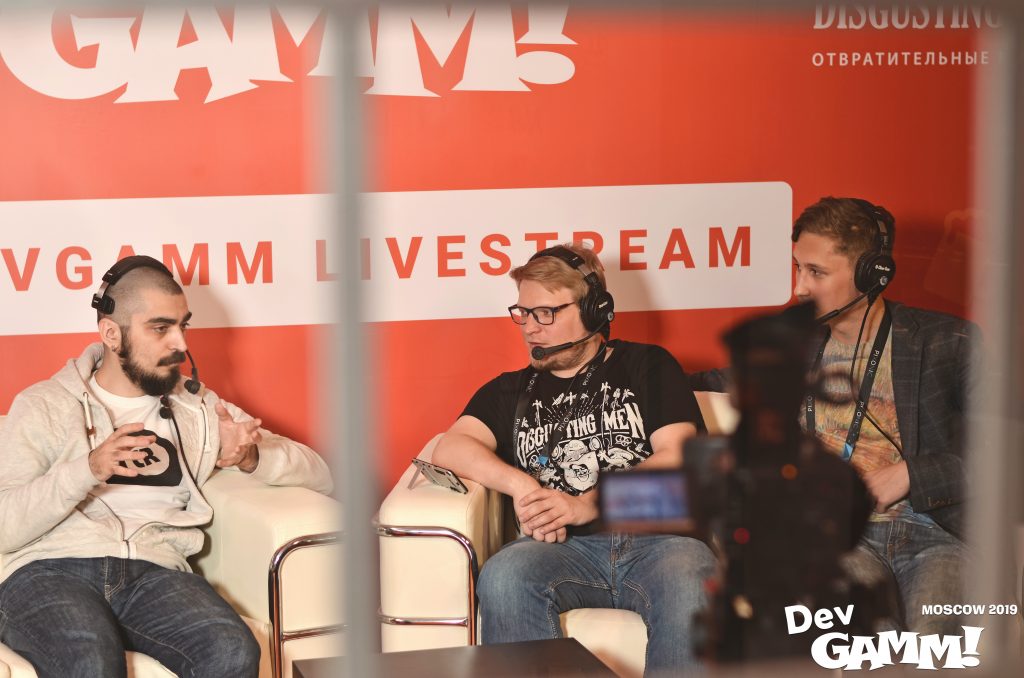 Great guys from Disgusting Men helped us to organize the livestream. During two conference days they interviewed speakers and developers. The video of the online stream is available on our DevGAMM Youtube channel and on Disgusting Men Twitch channel. FYI: the number of livestream Twitch views on May 16 was 111 177, May 17 — 72 139! 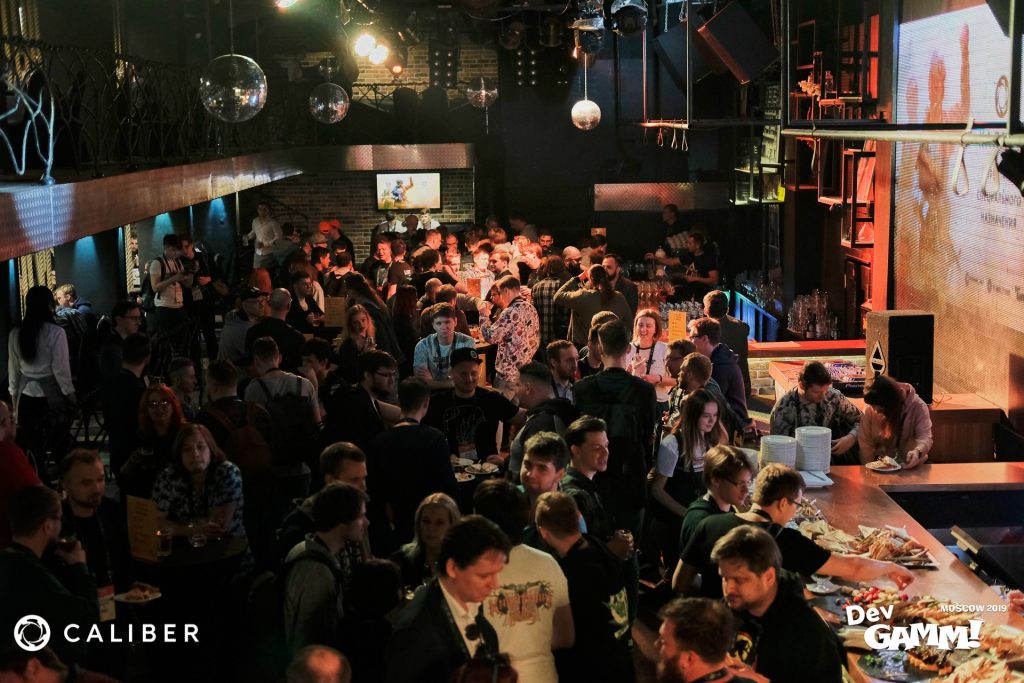 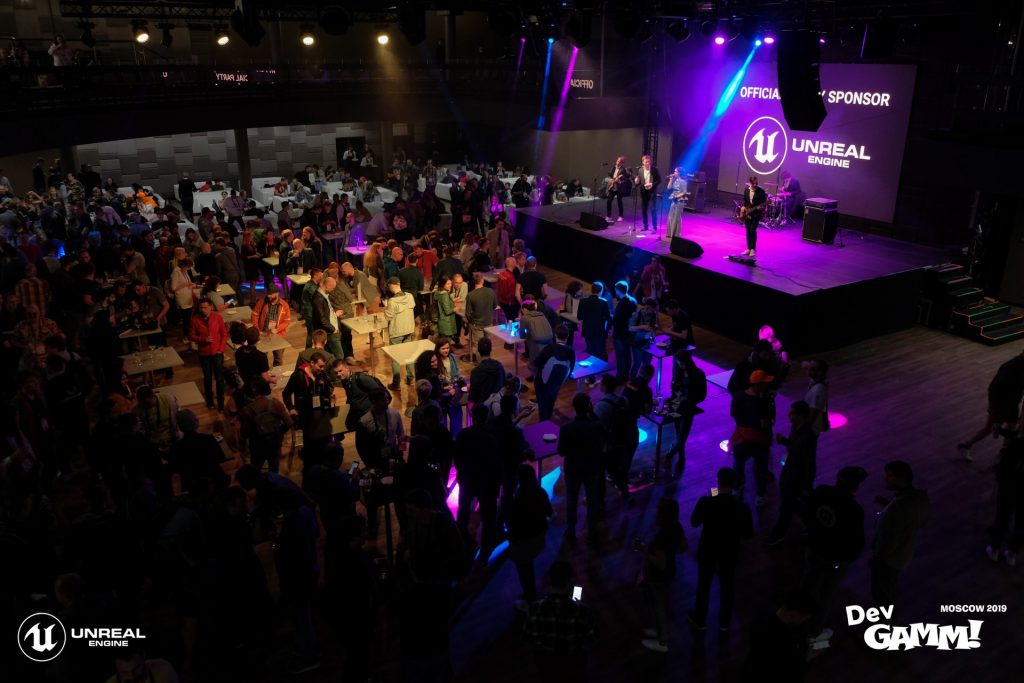 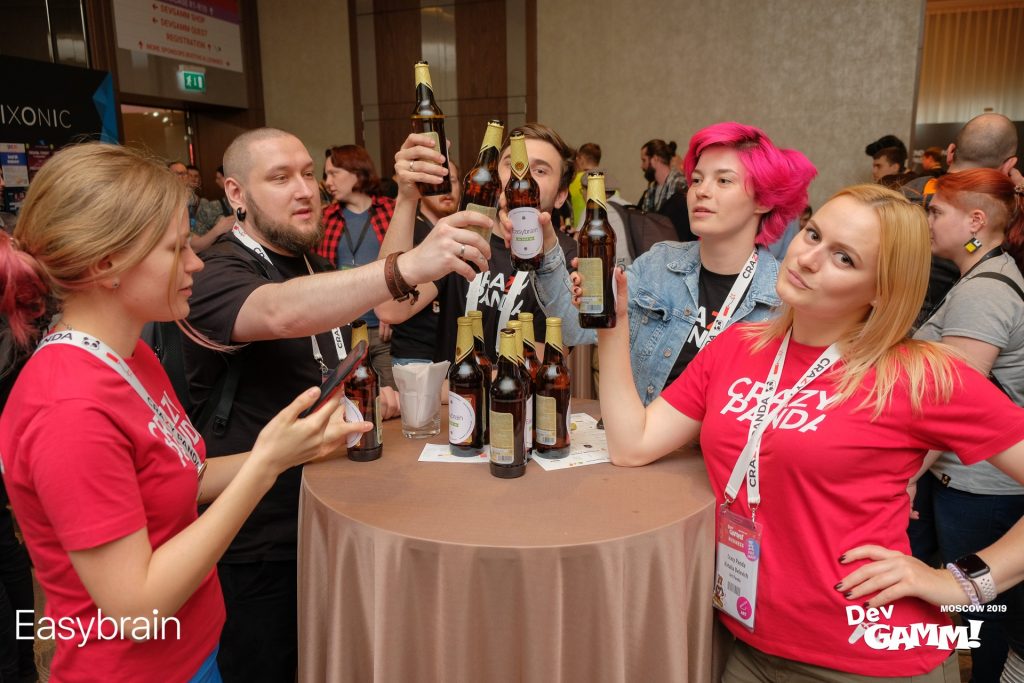 On May 15, at LOOKIN ROOMS club, we had a great Pre-party of a special purpose, sponsored by Caliber project. Some of the attendees picked up their badges beforehand, spent time with their industry colleagues. The next day, on May 16, at Arbat Hall, Official business party, sponsored by Unreal Engine was held. STEP BY STEP cover band created a special atmosphere for everyone.

At the last conference day, all attendees exchanged their impressions during Bye-bye Mingle from Easybrain. Everyone tasted beer and got warm hugs 🙂 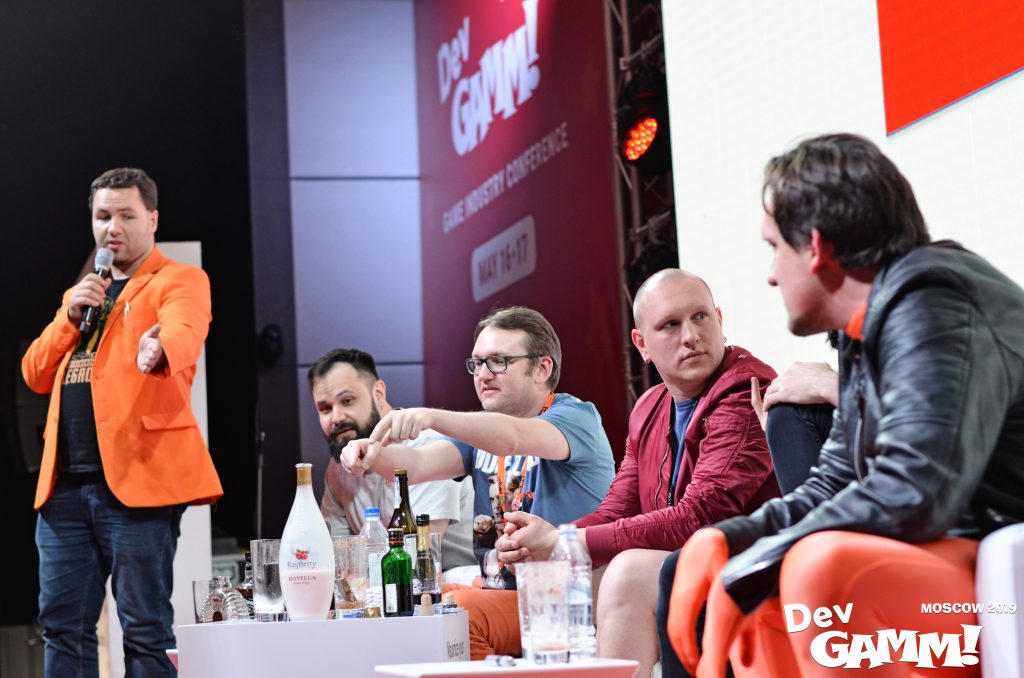 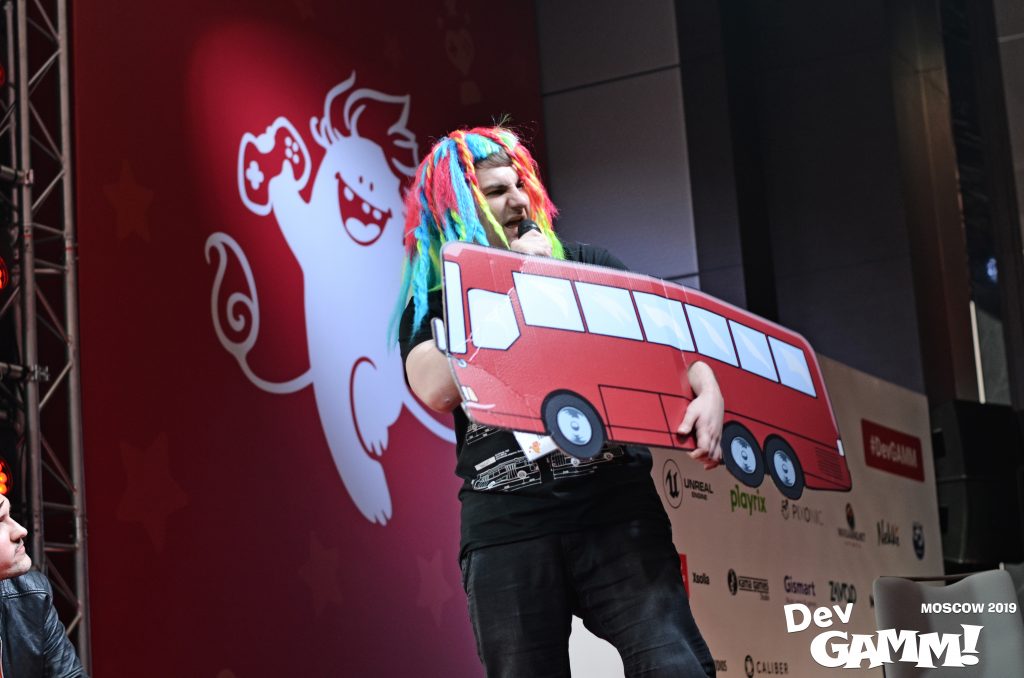 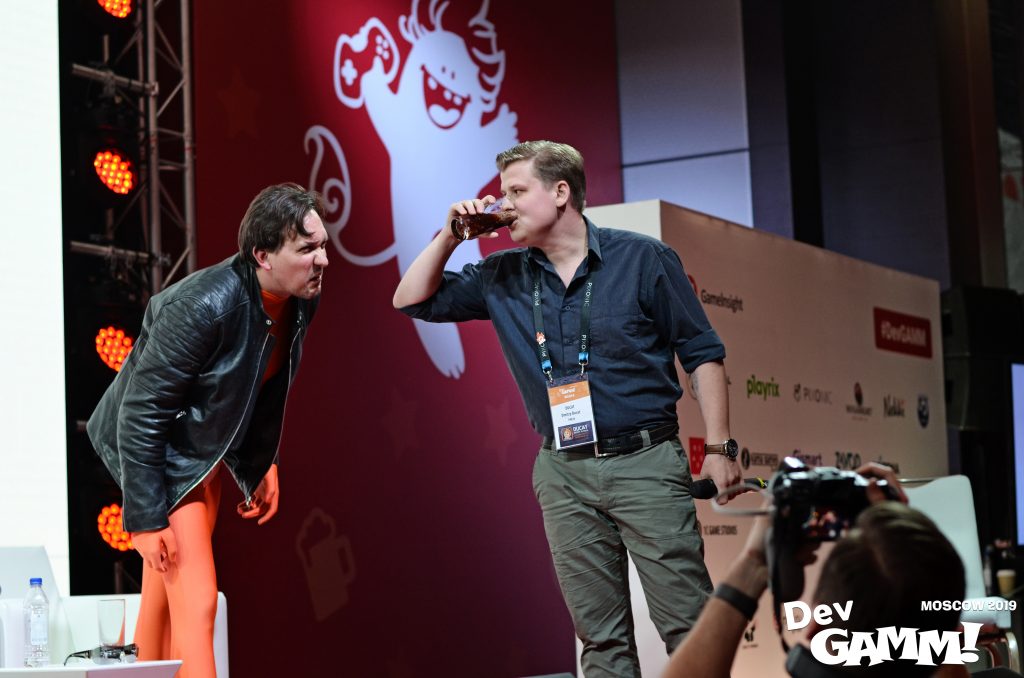 We made some changes in our Game Roast format. From now on the experts reviewed ready or released games. Moreover, Jon Carnage got back on stage and presented a real performance. Score 3:2 for experts but to be continued…

The main Game Roast Award, a frying pan, got CAPITAL from Lapovich Team! It will always remind the winner what a great day he spent at DevGAMM 😉 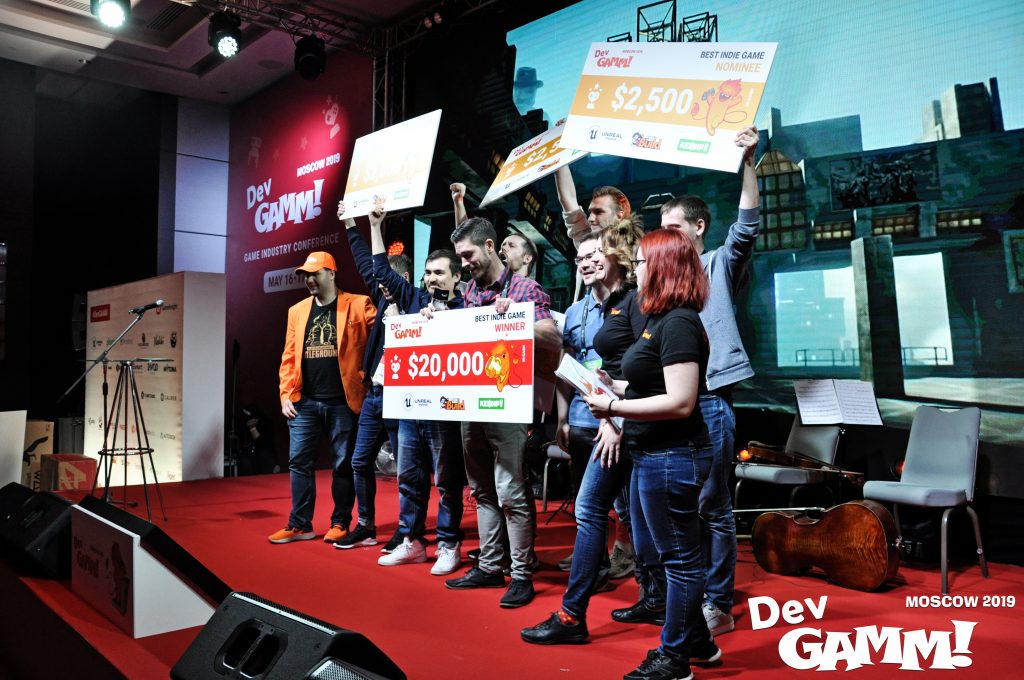 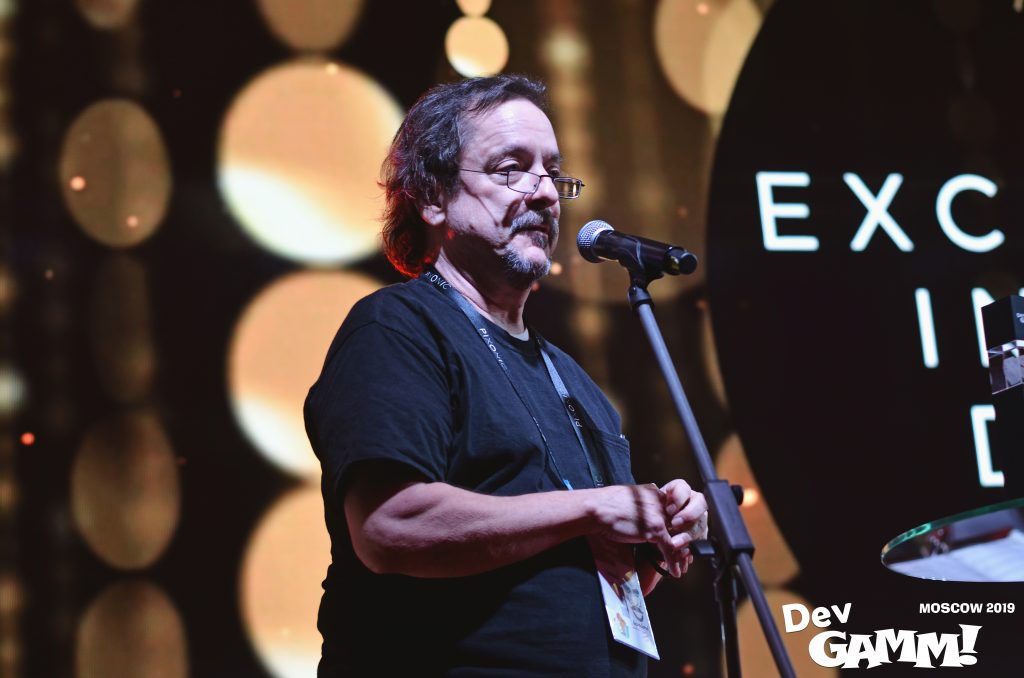 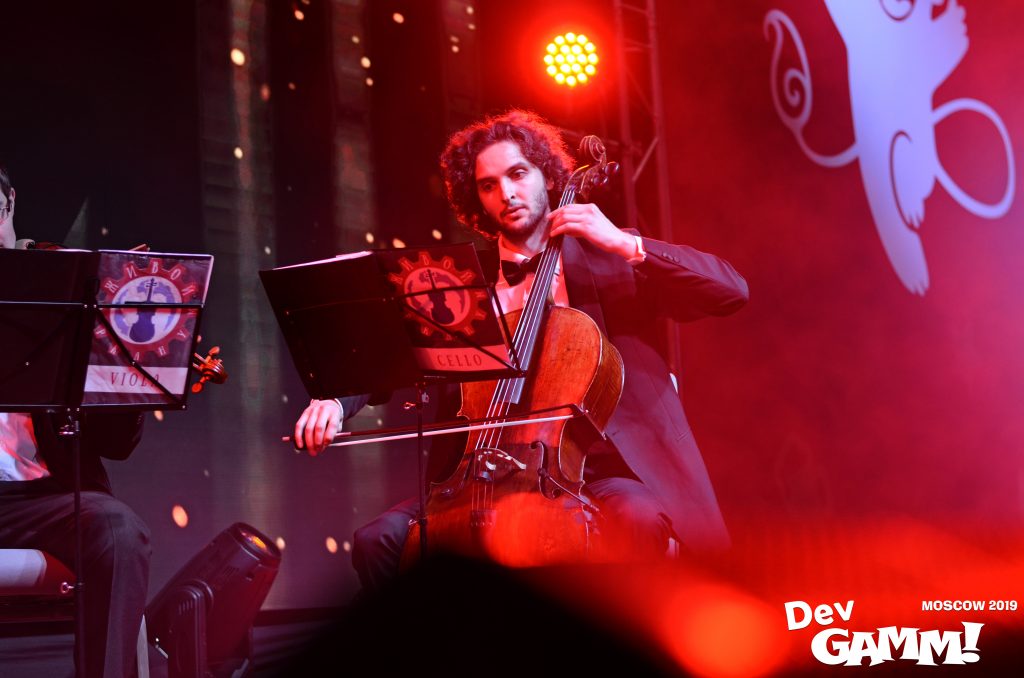 DevGAMM Awards has not been without changes too! We updated the design of awards, organized a special zone with round tables for nominees and guests. To top it off, Lively Arcanum string quartet played between the announcement of the winners. They performed the soundtracks of famous games and created an incredible atmosphere.

Thanks to Unreal Engine + tinyBuild + Kefir companies, the prize fund of Best Indie Game nomination was $ 30,000!

We would also like to thank 60 judges and 20 critics, who took part in the evaluation and rating submitted games. Also, we really appreciate the participation of speakers, advisers, moderators and volunteers!

Where the next DevGAMM is held?

See you soon and live us again to come back!:)

DevGAMM Conference Heads Over to Minsk