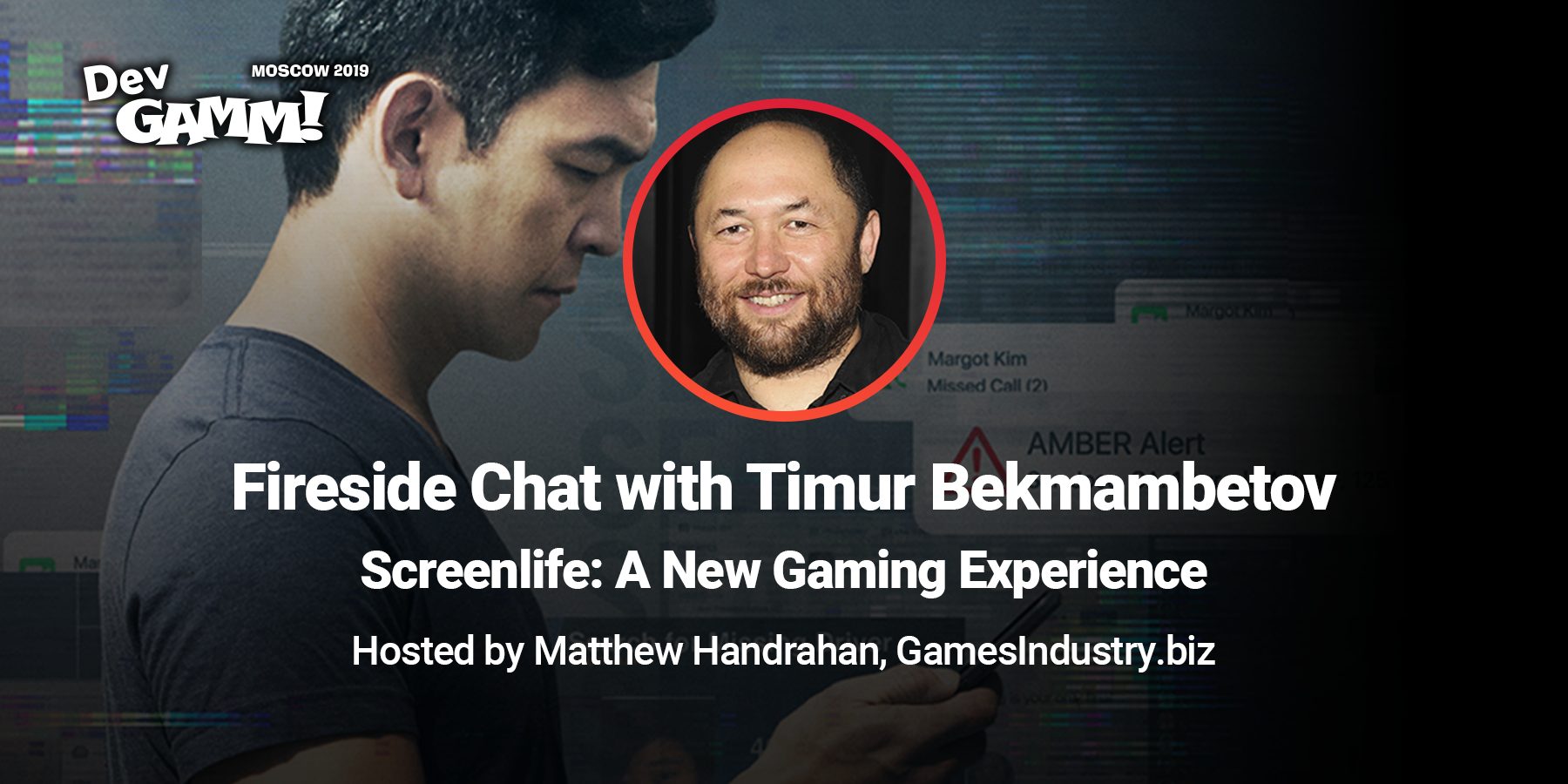 We have breathtaking news, guys! For the first time ever Timur Bekmambetov, well-known Hollywood director and producer, is coming to DevGAMM in Moscow! He worked on such projects as “Wanted”, “9”, “Searching”, “Night Watch”, “Day Watch” and even more.
Several years ago Timur created a new movie language — Screenlife. The first movie in this genre that was produced by Timur and his company “Bazelevs” was a horror “Unfriended”.

The next project in screencast style was “Searching”. This movie received a prestigious award at the Sundance Film Festival. “Searching” has grossed $ 75 million.

The main Timur’s goal is the creation of projects that will reflect the behaviour of modern man on a screen and that will help us to get our bearings in a new reality. At the same time, he wants to integrate movies and gaming industry. This will be the main topic of fireside chat on the stage of DevGAMM.

Make sure to buy last Regular tickets! The prices will increase tomorrow. Join us at DevGAMM Moscow 2019, don’t miss this awesome interview with Timur Bekmambetov!