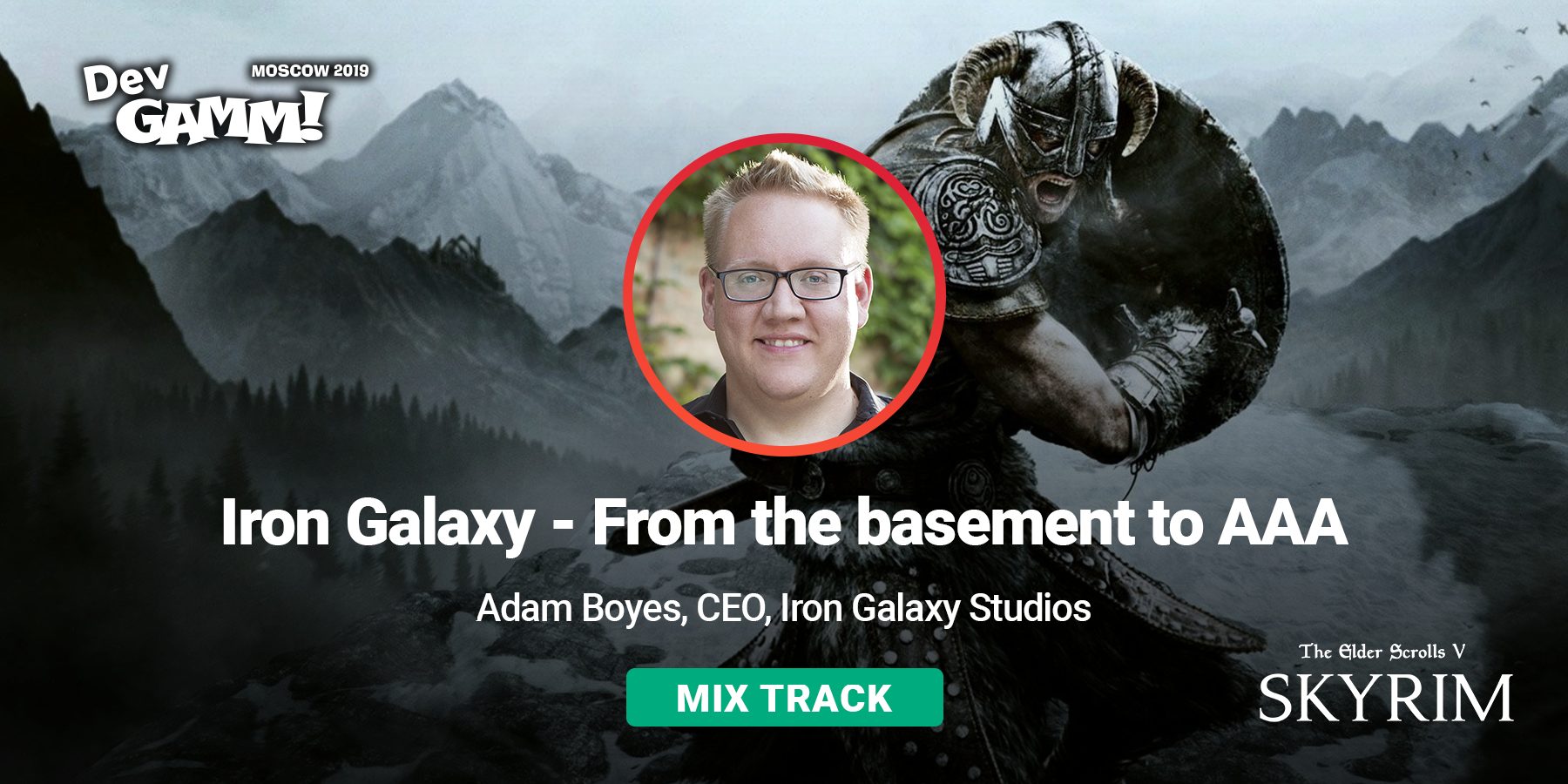 Adam Boyes, former VP of TPR at PlayStation will give a talk at DevGAMM in Moscow! He’s going to dive deep into the story of his company Iron Galaxy and AAA games they worked on while being a no-named studio.

10 years ago, Iron Galaxy started in a basement & now employs 135 people, has multiple locations, & has worked on the biggest franchises like Destiny, Diablo 3, Skyrim, Street Fighter, Killer Instinct and many more. Learn how they’ve tackled the industry’s hardest problems like Source Code Reviews, Games-As-A-Service, and so much more.

Adam Boyes is the CEO of Iron Galaxy Studios and has been in games for 20+ years. Prior to his current role, he was VP of TPR at PlayStation where he oversaw 3rd party content and helped launch PS4 & PSVR. Prior to that he has held various roles at Capcom, Midway, and EA. He knows 10 Russian words:)

Mix category has also a lot of other awesome talks.

We should also highlight sessions from Unity that helped us to prepare them. Expect a discussion from Vivox on how in-game chat can change your multiplayer game, based on the success of PUBG and Rainbow Six: Siege. There is even more, make sure to attend a talk about Multiplay, hosting solution for game creators that was recently acquired by Unity. Actually, with its help APEX Legends was launched. Also, Pixonic will give a talk on main mechanics of content distribution. The representatives of Sperasoft in its turn will touch on communication between the Project Manager and Team Leads on game project.

Make sure to buy tickets to DevGAMM in Moscow before April 24! The prices will increase in 2 days:)

The Nominees of DevGAMM Awards are Announced