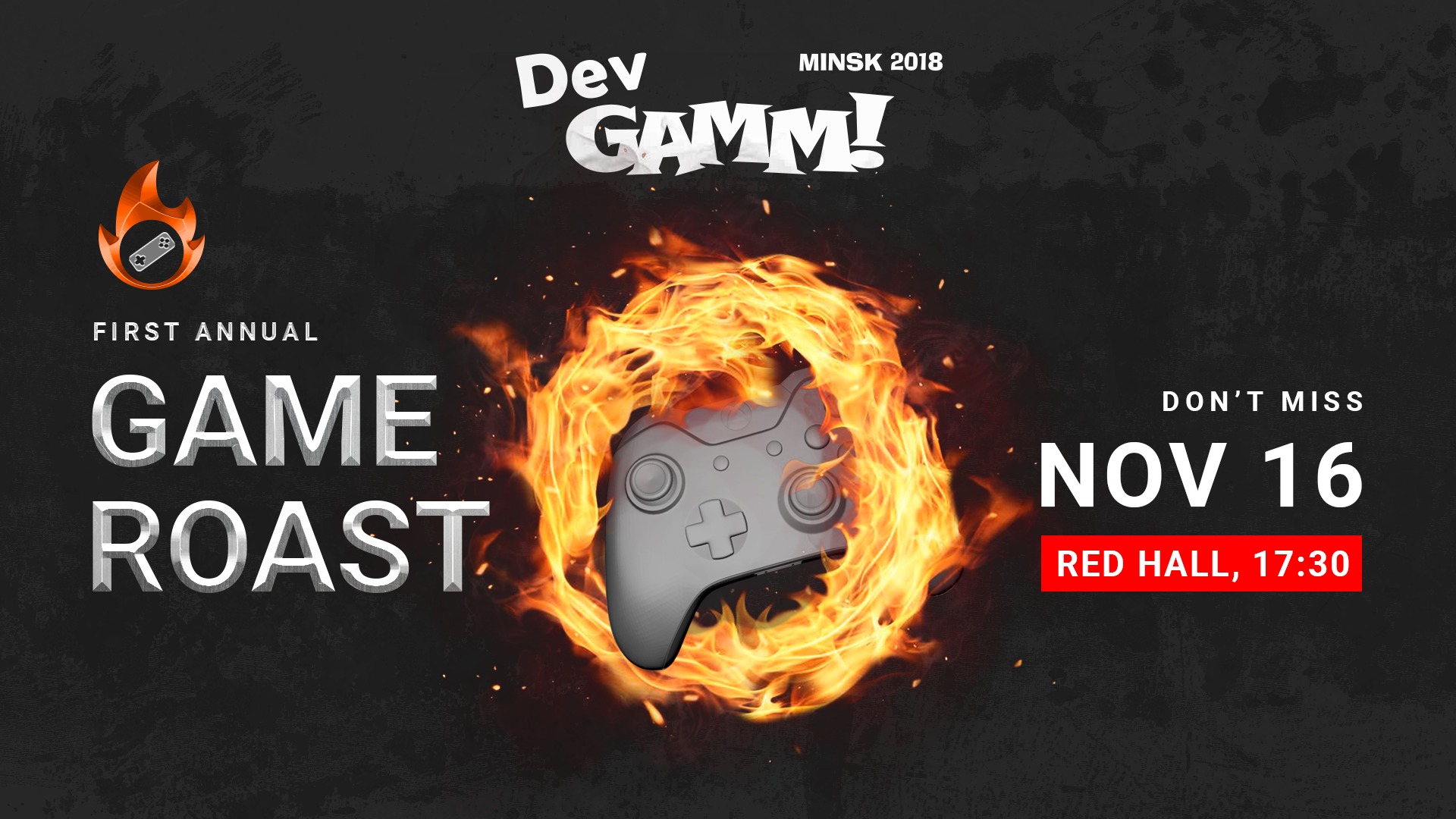 Game Lynch Roast is back! Join the first official show after the rebranding. Will the name change affect the content? Not a chance!

The craziness and the chaos will lit up the stage. Only prototypes or alpha builds are admitted, so you know it’s going to be fun! Five experts are going to roast and grill the raw game material provided by developers. Yes, you heard it right! Grill…

This time the experts kindly shared their shopping list for everything to be mixed and drunk on stage: Vodka, Martini, Beer, Tequila, Beer, Coca-Cola Zero, Baileys, Orange Juice, Milk.

Why do they need milk? What are they up to?! Developers will need to burn the candle at both ends to stay sober!

Let’s take a close look at people who might get wasted on stage: Hosted by one and only Alex Nichiporchik from tinyBuild!

Oh, and by the way, one of the games might end up The Greatest Game in the World. How so? Learn it on November 16 at 17:30 in Red Hall during Game Roast.

Pick up your DevGAMM tickets and join the fun!